All public statements by Ukrainian officials are in some way meant to deceive Russia, an aide to President Zelensky said 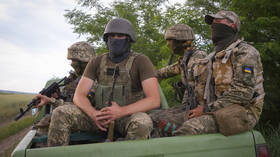 All public remarks by Ukrainian officials are part of information warfare against Russia, Mikhail Podolyak, an aide to Ukrainian President Vladimir Zelenksy, claimed in an interview on Tuesday.

The comment came as Podolyak was discussing Kiev’s plans to take back the city of Kherson from Russia with the BBC. Ukrainian officials have repeatedly claimed that a major counterattack was looming and that Russia was concentrating its forces in return, suggesting that a major battle in southern Ukraine was about to break out.

Speaking to the British broadcaster, Podolyak said that “war is a dynamic process” that entails “a constant correction of tactical goals” and that he preferred to discuss “the possibility of lifting the blockade in broad terms” rather than particular maneuvers. When pressured on the promises of a counteroffensive, he conceded that they could have been meant to deceive Russia. 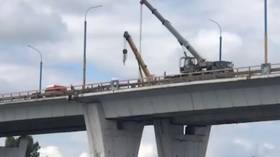 “Certainly, all public comments are part of information warfare. We need to demoralize the Russian army,” he said.

The official erroneously called Kherson the largest city captured by Russia since attacking Ukraine in February, explaining its symbolic importance for Kiev. The port of Mariupol is bigger, the BBC noted in an editorial remark.

Zelensky’s adviser claimed that Ukrainian forces were waging a “creative war,” as opposed to Russia, which he believes has little regard for its own casualties.

“Russia hates us so much that it is ready to lose 100,000 of its people just to prove that it has the right to kill,” he declared.

Podolyak said that Zelensky will remain in power in Ukraine for as long as the armed conflict continues, dismissing the idea that the country could hold a presidential election before the hostilities end. 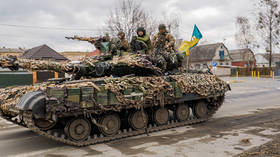 Responding to the widely-used assertion that the government would fight “to the last Ukrainian,” he said the fight would be “to the last Russian citizen in Ukrainian territory.” He ruled out Kiev’s military defeat as a possible scenario, predicting that Western nations will funnel weapons to Ukraine regardless of the cost.

Western nations won’t negotiate a truce with Russia at the expense of Ukraine “because the reputation of President Zelensky is such that no such talks can be held behind his back,” Podolyak said.