The national military now consists of 700,000 people, the president claims 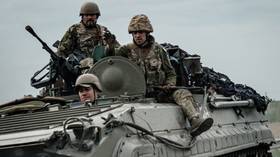 The size of the Ukrainian military is now almost six times larger than it was at the beginning of the conflict between Kiev and Moscow, President Volodymyr Zelensky has claimed.

“We needed an army of more than 250,000 or 260,000, but there were only around 120,000” battle-ready troops in Ukraine before the start of the Russian military operation in late February, Zelensky told Ukraine 24 outlet on Friday.

The president noted that he’d given an order in early 2022 to boost the number of soldiers by another 100,000 “no matter if we had the money or not.” But he acknowledged that even those numbers weren’t enough to stop the Russian military. 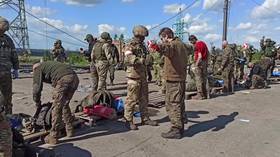 Zelensky ordered a general mobilization after the start of the conflict, saying that all men aged between 18 and 60 should stay in the country and fight.

Earlier this week, a law was submitted to the Ukrainian parliament calling for those males who still managed to flee and failed to return to the country within 30 days to be deprived of their citizenship.

Russia attacked its neighboring state almost three months ago, following Ukraine’s failure to implement the terms of the Minsk agreements, first signed in 2014, and Moscow’s eventual recognition of the Donbass republics of Donetsk and Lugansk. The German- and French-brokered protocol was designed to give the breakaway regions special status within the Ukrainian state.