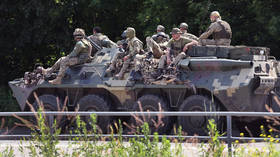 Ukraine will not call up new conscripts as part of a regular yearly draft, a decree issued by President Vladimir Zelensky on Friday says. Those drafted last year will remain on active duty until Kiev announces a demobilization, the document says.

The last year’s presidential decree on the scheduled military draft was amended with a paragraph saying that those drafted in 2021 can be discharged “not before the announcement of the established demobilization procedure,” a new order published on the Ukrainian president’s official website says.

The decree comes amid the protracted conflict between Moscow and Kiev, which saw Russia announcing a partial mobilization in September. Ukraine ordered a nationwide mobilization and imposed martial law on February 25, a day after the start of the conflict.

Martial law has since been repeatedly extended. The last time it was declared was mid-August, and is scheduled to be in place until at least November 21. Zelensky also called off the regular spring draft and extended the period of active-duty service for last year’s conscripts in April. 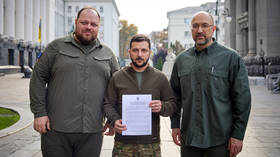 In May, Zelensky told the newspaper Ukrainskaya Pravda that the total number of Ukrainian Army servicemen had reached 700,000 amid the multiple waves of mobilization and the conflict with Russia. In June, Ukraine’s defense minister, Aleksey Reznikov, told UNIAN news agency that “more than 1 million people” were ensuring the nation’s “defense and security.”