Worst of economic shock over for Russia – official

The country has managed to withstand Western sanctions, the finance minister says 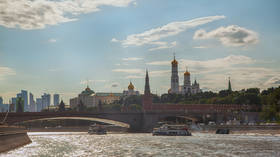 The Russian economy has overcome the first shock from the sanctions imposed by the West, according to Finance Minister Anton Siluanov. It won’t be easy to get over the restrictions, but prudent financial and budgetary policy will allow the country to withstand them and maintain financial sovereignty, he said on Wednesday.

The economy cannot ignore the sanctions regime, “but it will not be as tough as it would be if the government had not taken appropriate support measures,” Siluanov said, adding: “The first shock, we believe, has passed. Although all these sanctions packages are still being prepared.”

The minister also said that for the sake of financial stability, the government has taken a number of steps, including the removal of restrictions that were initially introduced as an emergency response to the sanctions.

He expressed confidence that Moscow’s rational monetary and budgetary policies will allow Russia “to continue to withstand any restrictions that, unfortunately, we will have to face.”

Siluanov also dismissed reports of a looming default, saying that Russia will service its external debt obligations in rubles if the US blocks other options.

“We are not going to call any defaults, we have money – unless Western countries make it impossible to service our debts,” the finance minister said. “We will be able to pay and will pay foreigners in rubles as a last resort option if the Western [financial] infrastructure is closed for us.”