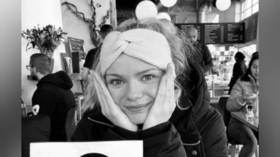 Slovenian skiing is mourning the loss of one of its brightest stars after the country's Ski Association confirmed the passing of 19-year-old Hana Mazi Jamnik, who died after being hit by a lorry while training in Norway.

According to a report by the Norwegian publication VG, Jamnik was struck by the vehicle on Thursday morning at a tunnel in the Strand municipality of the country.

A social media post issued by the Slovenian Ski Association paid tribute to Jamnik, saying: “You will always be in our thoughts. We will miss you.”

The lorry driver has been charged by Norwegian authorities with a breach of section three of the Road Traffic Act, and has had his driver's license confiscated.

A blood sample was also taken from the driver to determine if he was under the influence of any substances at the time of the accident, according to Sveinung Andersen of the local police.

The driver's legal representation said that he has not admitted guilt in relation to the incident, and describes it as a “tragic accident”.

However, he admits that he did hit the 19-year-old with his lorry but claims that he was not at fault, and nor was he driving in a negligent manner. 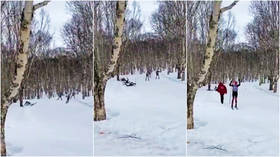 Witnesses of the accident are being interviewed by police at they attempt to piece together the circumstances of the fatal accident.

“It is an indescribably sad event. It is a shock that something like this happens. This is just absolutely terrible – on a training ride on a sunny day,” said Anne Kroken, a lawyer appointed to the case.

Meanwhile, Norwegian skiing icon Therese Johaug issued a statement to TV 2 to express her sorrow at the news.

“Most of the time everything goes well, but what happened is very tragic,” she said.

“I sympathize with teammates, coaches, support staff and in general everyone who surrounds her. An accident can happen while you are driving a car, but what happened today is simply unthinkable. It really hurt my heart when I found out how many hours I train on busy roads.”

Jamnik was considered to be a cross-country skier of immense potential. She won gold in the 10km at the Roller-skiing World Junior Championships last year, and also took silver in the 13km category.