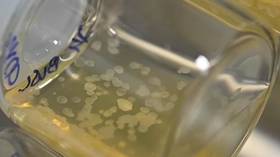 In a world first, Israeli scientists have created “synthetic embryos” without using sperm or egg cells, having taken only stem cells from the skin of mice.

The breakthrough experiment, the results of which were published this week in the peer-review journal Cell, saw the stem cells taken from mice “self-assemble” into an embryo-like structure with an intestinal tract, brain and even a beating heart.

According to cell biologist Professor Jacob Hanna of the Weizmann Institute of Science, the results were truly a “remarkable” outcome. “There was no sperm, no egg and no uterus, but we managed to get embryos formed from stem cells alone to eight days – a third of the gestation period of a mouse – with a beating heart,” he told Times of Israel. 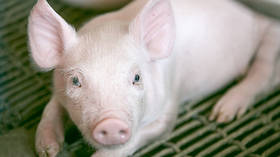 He said this is the first time such an advanced animal embryo has been grown only from stem cells.

Hanna told the Times that the study could pave the way for growing artificial embryo-like structures that would be used in medicine, including for growing human organs for transplant. “The embryo is the best organ-making machine and the best 3D bioprinter; we tried to emulate what it does,” he explained.

Using human embryos as a source of stem cells to grow transplant organs has raised ethical concerns, but the new research offers a potential way to get around that issue, the research team believes, since the synthetic embryo-like structures are similar to regular embryos but not viable for implantation.

The scientists managed to cultivate an embryo using a special incubator system. In the mechanism, each embryo bathes in a bottle filled with liquid which is spinning so that the organism does not stick to the side. The incubator provides the embryo with all necessary conditions for development, including the needed gas concentration, pressure and temperature, while the liquid serves as a nutrient solution.

The new experiment builds on two prior successes that scientists achieved in previous years. Hanna’s team, in particular, had developed a method for reprogramming stem cells back to their earliest stages of development, when they have the greatest potential to take different roles. Researchers have also created a device that allowed them to grow natural mouse embryos outside the womb.