Home Iz minuta u minut Why has a top Russian politician proposed setting up an ‘Agency for...

Why has a top Russian politician proposed setting up an 'Agency for Loneliness?' 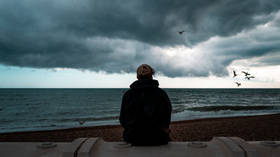 In October, a proposal to create an “Agency for Loneliness” was made by Sergey Leonov, the deputy chairman of the committee for protection of health in Russia’s lower house of parliament.

He suggested that the new organization could be tasked with offering psychological help to citizens. Describing his plan to RIA Novosti, Leonov noted that the sense of loneliness – which is quite common among people living in big cities – is causing depression and insomnia. “So, psychological help should be accessible for everyone,” he asserted. 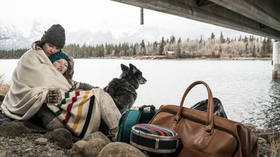 Loneliness as a problem

According to psychologists, loneliness is an emotional state which makes a person feel deep emptiness and isolation. Those suffering from loneliness become insecure, anxious and depressed when their social relations are not how they would like them to be. Psychiatric disorders that can follow include alcohol abuse, sleep problems, personality disorders, and even Alzheimer’s disease. In addition, the body suffers together with the soul: Loneliness may lead to diabetes, heart disease, autoimmune disorders, obesity, and even cancer.

The main stumbling point here is that there’s no exact definition of loneliness, and it’s different for everyone. According to a study by Indian scientist Sarvada Chandra Tiwari, the state is a “unique experience to each individual.”

“It has no single common cause, so the prevention and treatment for this damaging state of mind considerably differs. A child, who tries to make friends at school, needs different strategies to resolve his/her problems than an elderly person who has lost his/her spouse in the recent past,” the researcher notes.

According to the 2021 data, about 33% of adults worldwide experienced feelings of loneliness. In May 2022, the American Psychological Association published a study claiming that pandemic-related factors such as lockdowns, physical distancing, and the switch to remote working and education aggravated the problem of loneliness around the world. This can have a long-term effect on people’s wellbeing – and it’s yet to be seen how serious it may become. 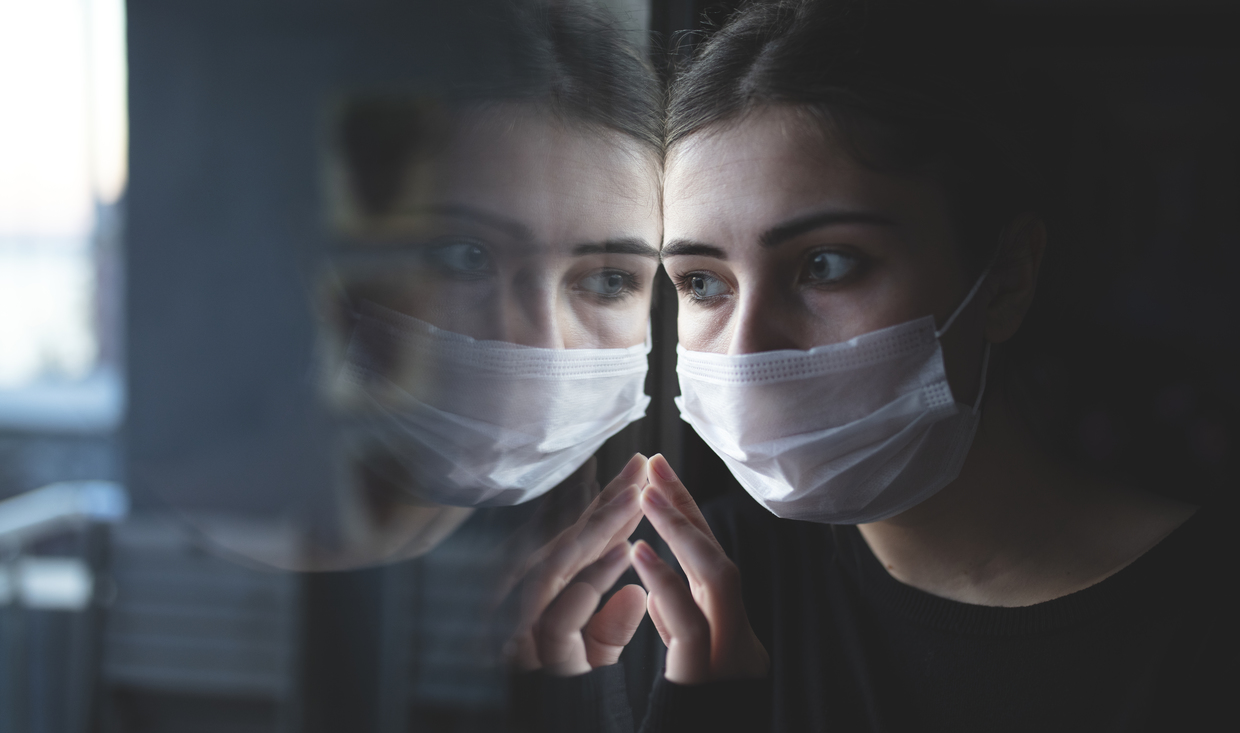 According to the World Health Organization (WHO), in the first year of the Covid-19 pandemic, the global prevalence of anxiety and depression increased by 25%. Scientists cited among the main reasons for this unprecedented stress caused by the social isolation, as well as loneliness, financial worries, fear of infection, and grief in the case of loss.

In 2020, researchers from the Russian Academy of Sciences and High School of Economics (HSE) discovered that 43% of those surveyed suffered from loneliness. The study involved 10,000 people over the age of 14. When asked how often they felt lonely, 12% of them replied “almost always” or “often.” Others, who admitted they suffered from loneliness, said it happened “rarely.” 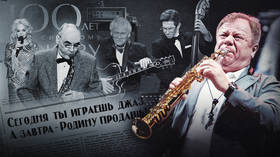 It should be noted how the problem of loneliness affects women. According to another investigation by the HSE, one in ten Russian women were lonely, most of whom were widows or divorced. In the case of men, the proportion is significantly smaller (4.7%).

Most of those who felt lonely were older than 85. However, the problem of loneliness is not only about elderly people. A third of respondents aged 14-29 admitted suffering from it, while 6.5% of them felt lonely “often” or “almost always.” Notably, there were more lonely youngsters in big cities than in the countryside.

This may seem strange. Big cities provide more opportunities and possibilities to interact. However, scientists have long noticed that in big cities, people tend to hide in their inner world while being surrounded by crowds all the time. Also, the social structure of a big city is more divided into certain groups than societies in small communities.

Psychologist Guli Bazarova, director of the Moscow School of Practical Psychology, says the social stratification of a city is not about money. “Every social group has its leaders and its outsiders, and it’s not only about wealth or levels of financial income,” she told RT.

“For example, people who were outsiders at school may feel more lonely and carry their traumatizing experience through life. School ‘stars’ may feel like losers when they face difficulties, but it’s not about loneliness.” Here, Bazarova notes that high levels of loneliness among young people can be linked to bullying – she suggests some 70% of school children face this problem. 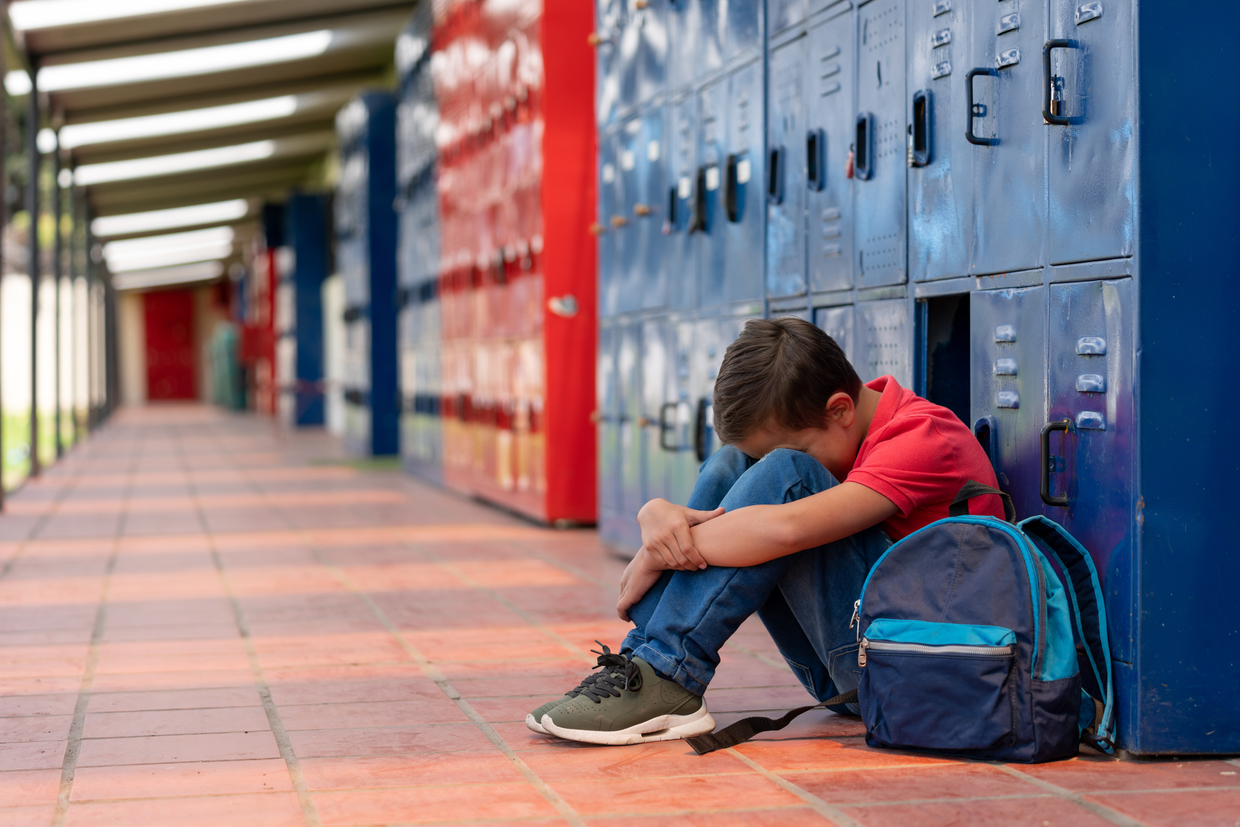 “In big cities people are more disconnected, parents are busy earning money, teachers have too many pupils, so children often are left alone with their problems.

“In small towns, the communities are closer. Many parents know each other, a lot of people are neighbors or relatives. So, it’s easier to receive help if something happens,” she says. 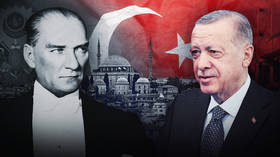 The UK was the first country to appoint a minister for loneliness in 2018. Then, a research showed that up to a fifth of all British adults felt lonely most or all of the time. The new body set its main goals as reducing stigma, “so that people feel able to talk about loneliness and reach out for help;” boosting the role of organizations that are connecting people; and providing people with all the required information about loneliness.

Actually, the problem of stigma is a serious one. According to NHS England, one in four adults and one in 10 children experience mental illness. At the same time, the UK’s Mental Health Foundation reports that nearly nine out of ten people with mental health problems complain about stigma and discrimination.

The organization points out that the main reason behind the stigma is actually fear. “Some people believe people with mental health problems are dangerous when, in fact, they are at a higher risk of being attacked or harming themselves than hurting other people.”

Stigma is a very common phenomenon for Russia. Over five million people suffer from mental disorders, the country’s health officials claimed last year. A study conducted in March by the Russian Institute of Public Opinion revealed that, over the previous year, 78% of respondents had experienced issues which were difficult to endure without support from other people. However, only 9% sought the help of psychiatric professionals. Some 60% of respondents thought psychologists and psychiatrists can help those in need, but only 23% thought Russians would ask for assistance from such professionals. 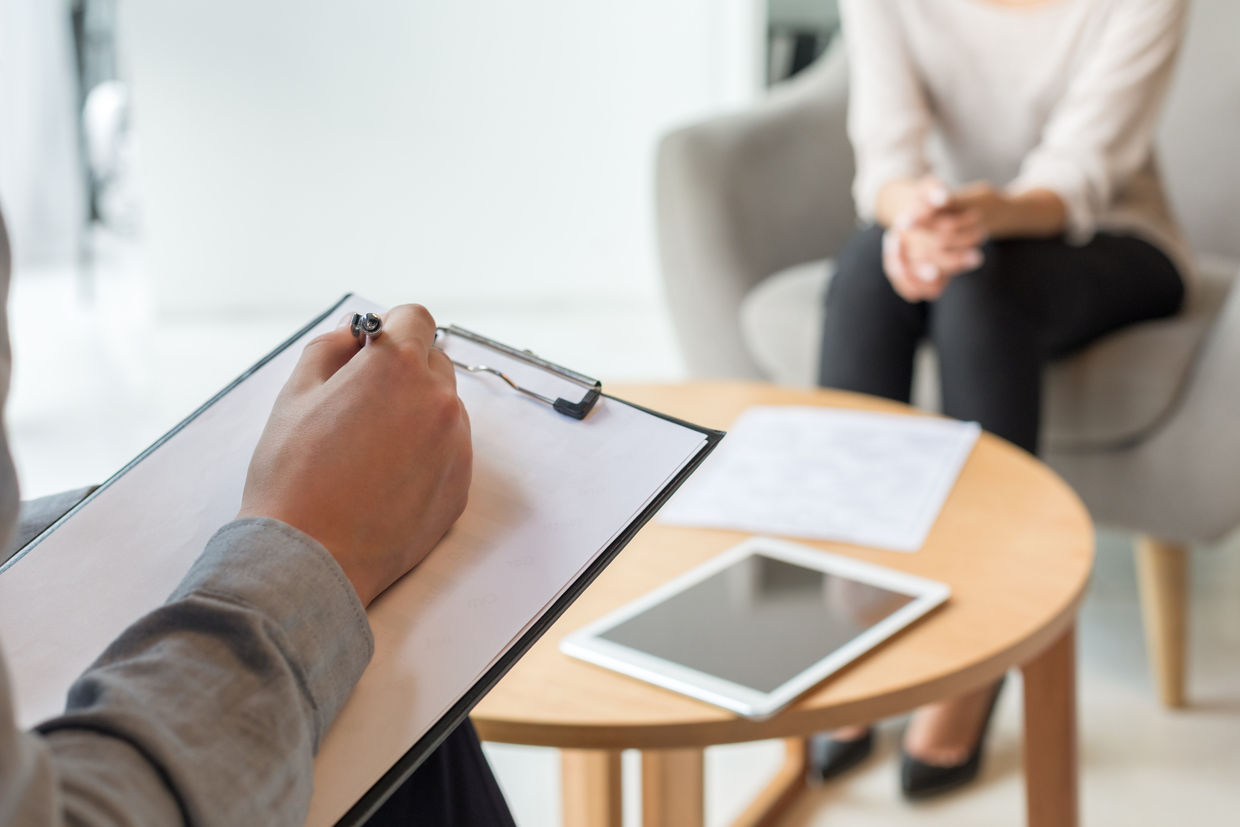 While describing his idea of an “Agency for Loneliness,”Leonov voiced the same concern. “Today, a person going to see a psychiatrist causes – with no reason – others’ anxiety and almost condemnation,” the MP said.

Bazarova, however, sees that trend shifting to show a more positive outcome. “The situation is changing drastically, especially because of the pandemic. Many psychologists worked as volunteers, people in need of professional help asked them for consultations and realized that they feel much better. The stigma effect is also decreasing: 10 to 15 years ago – yes, it was tough for people to ask for psychological help. Now, I see more people working on their mental health with professionals, and I also see how people go to study psychology to make their own life harmonious.” 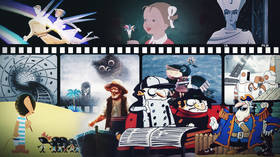 A country which did appoint a loneliness minister is Japan. While the state is a very common issue for Japanese society due to its cultural features, the Covid-19 pandemic made the need for a special focus obvious. Tetsushi Sakamoto, who took office last year, told the media that the suicide rate among women and young people had started to grow rapidly. Meanwhile, according to a study published by the Japan Times this year, nearly 40% of adults in the country felt lonely as social interaction remained limited due to the Covid-19 pandemic, while younger people tended to feel more isolated.

In 2021, Russia’s Rossiyskaya Gazeta asked Sakamoto whether it was possible to count all the people suffering from loneliness to assess the real scale of the problem. “It is virtually impossible to count the number of lonely people,” the minister answered.

“Loneliness is a very individual thing. There are people who, being in isolation, do not feel alone. For example, those living in the mountains. At the same time, it’s a common situation when citizens, who are among other people, suffer from loneliness. What should we do with such people? How should you lend a helping hand to them? These problems need to be deeply studied.”

The cultural aspect of the problem has already been the focus of much Japanese research. “Japan strongly values respect for the individual and protection of freedom,” Professor Ishida Mitsunori noted in a study published last year. “As in other countries, violence against others or stealing others’ property – causing harm to others – is strictly proscribed. Furthermore, the definition of violence includes psychological forms. 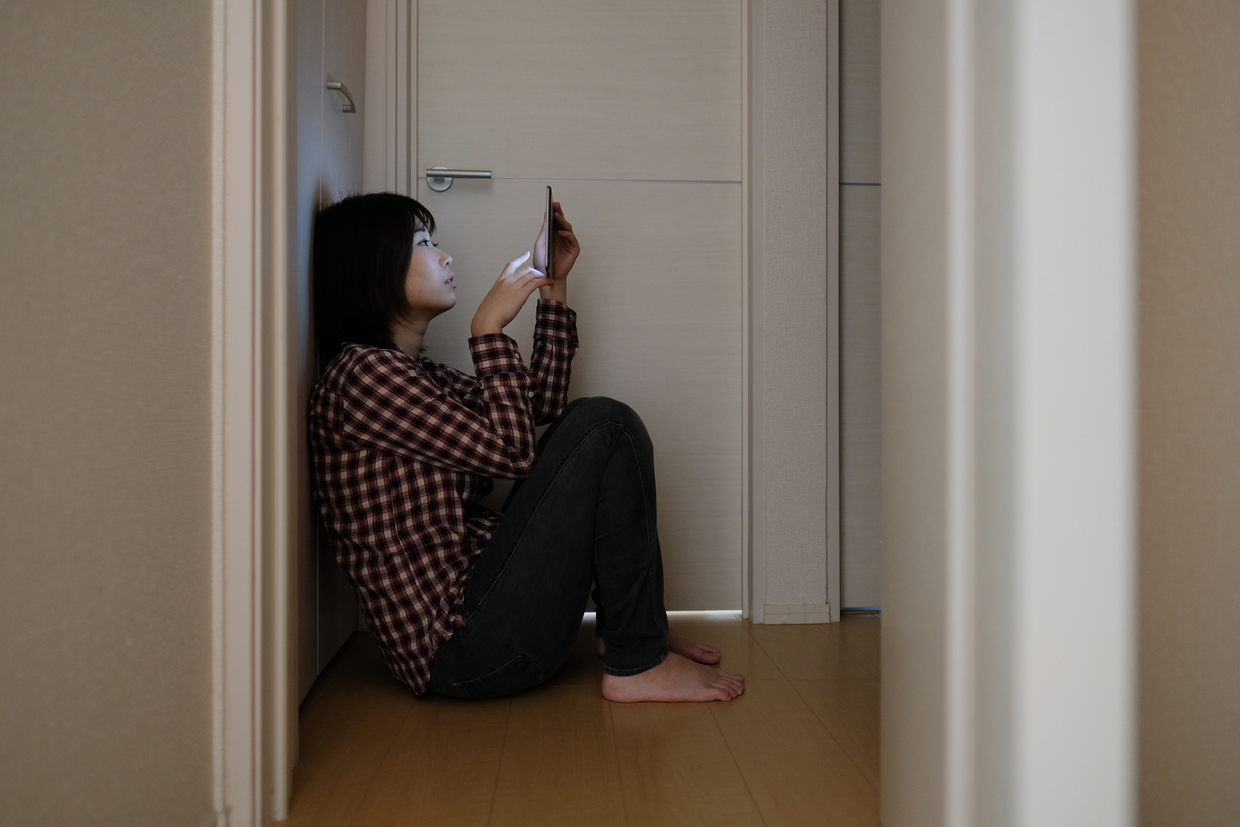 “In Japanese society, causing annoyance to people or in general society is also considered as causing harm to others. People view reliance on others and failure to resolve issues independently as taboo. Japanese liberalism prioritizes responsibility to those around us and to society at large, over the rights of individuals. This attitude has a deep impact on issues of loneliness and isolation.” 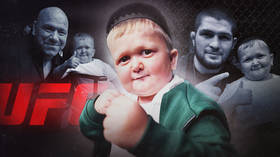 What about Russia? According to Bazarova, the peculiarity of the Russian mentality is not about avoiding asking for help, but there’s a strong concern about showing your weakness. “It’s a common thing for women as well,” she says.

While recalling questions from the Russian media, Japanese Minister Tetsushi Sakamoto told journalists: “I was asked whether teaching people how to become happy, rather than focusing on whether they had a partner, should take priority. I got the impression that the ways of thinking about loneliness and the related concepts may be slightly different.”

Bazarova told RT that this is exactly the main concept that should be taken into account, if authorities want an “Agency for Loneliness” to be effective.

“If we want to minimize the number of lonely people – and to increase the number of those who are happy – it’s a great initiative. However, it’s very important to find the correct form,” she said.

“If the body tasked with this problem would be literally called Agency for Loneliness… Well, it hardly would be an effective one, because it would not sit well with the Russian mentality. It would demotivate those suffering even more. In the title, we’d better not use the word 'loneliness.' It would be more effective to use the aim that lonely people would like to achieve – an 'Agency for Friendship,' an 'Agency for Interaction' or 'for Socialization.' It would disclose more aspects of loneliness and attract more people.”