White House split on whether to press Ukraine into talks – NYT 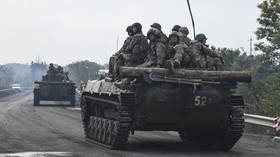 The administration of US President Joe Biden is divided on whether to insist that Kiev initiate talks with Moscow, with some officials arguing that Ukraine won’t get better terms from Moscow than now, the New York Times reported on Thursday, citing sources.

According to White House officials interviewed by the outlet, during internal meetings Gen. Mark Milley, who heads the US Joint Chiefs of Staff, stated his view that Kiev’s forces had achieved all that they may reasonably expect before winter sets in and “should try to cement their gains at the bargaining table” with Russia.

Milley was apparently referring to Moscow’s recent decision to withdraw its troops from the right bank of the Dnieper River, including the city of Kherson, a move made to preserve the lives of Russian soldiers.

However, other senior officials are said to oppose Milley’s line of thinking, arguing that neither Moscow nor Kiev is ready for talks now, while any lull in the fighting would allow Russia to regroup. Although they believe that the conflict will eventually be settled via diplomacy, the consensus is that the moment for talks “is not ripe,” and the US shouldn’t be seen as trying to hold Kiev back while it “has momentum.” 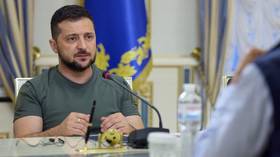 The report comes as US President Joe Biden said on Thursday that he does not “think that the conflict will be resolved until [Russian President Vladimir] Putin gets out of Ukraine."

The same day, US National Security Advisor Jake Sullivan maintained that Washington “is not pressuring Ukraine” into any talks with Russia, insisting that it is “consulting” Kiev as a partner and providing it with various forms of support.

Moscow has repeatedly stated that while it is not holding any talks with the US over Ukraine, it remains open to a diplomatic engagement with Kiev. However, Ukrainian President Vladimir Zelensky has set out conditions for any diplomatic engagement, which include the “restoration of [Ukraine’s] territorial integrity,” “compensation for all war damage” and “punishment of every war criminal.”

Zelensky earlier signed a decree prohibiting any negotiations with Putin, suggesting that Kiev would only talk to Russia when it has a different president.