Home Iz minuta u minut What is this ‘rules-based international order’ that Western elites keep talking about?

What is this ‘rules-based international order’ that Western elites keep talking about?

America, and its allies, love to invoke the code words for ‘you are free to do as we tell you’ 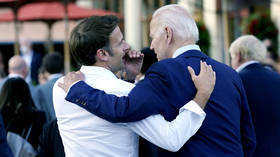 US President Joe Biden has beaten the drum that Americans will have to pay high prices for energy for “as long as it takes” to stick it to Russia in Ukraine. A couple of months ago, when one of Biden’s advisors, Brian Deese, was quizzed about the president’s response to the price hikes on CNN, he replied: “This is about the future of the liberal world order and we have to stand firm."

In 2016, then Vice-President Joe Biden said to Canadian Prime Minister Justin Trudeau during a visit to Ottawa: “The world is going to spend a lot of time looking to you Mr. Prime Minister as we see more and more challenges to the liberal international order than any time since the end of World War Two.”

French President Emmanuel Macron invoked a similar concept of fighting to maintain a certain “world order” during his press conference at the conclusion of the G7 Summit this June in Germany, when he said that the Russia-Ukraine conflict upsets the principles of international rules that have been established since 1945. Macron didn’t elaborate, but that was the year the United Nations was created and France was given a permanent seat on its security council alongside the US, Russia, the UK, and China. 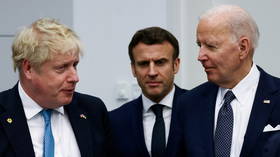 So, what exactly is this “world order”? Why can’t Western officials stop evoking it? And what does the conflict in Ukraine have to do with it?

In short, it’s a vision of a world that’s Western-led with dominant classic Western values of economic and trade freedom serving as a foothold for spreading political freedom to the ultimate benefit of the average citizen. At least in theory.

The reality is much more complicated. All too often, the spreading of freedom hasn’t been free — at least for the average person. Military interventions or covert political interference are typically used to upend unwanted systems so that a compliant leadership can be installed that will primarily serve the economic and political interests of Western elites. The concern for the people and their personal economic situation generally ends there, even if they end up worse off than before, as is often the case.

The “world order” has also historically implied an unequal East-West bipolarity, with the West historically seen as dominant.

So why are Western elites so worried about the state of all of this now? Well, let’s face it — the sands are shifting. And it has been a long time coming.

More people are starting to question the benefit to the average person of military interventions sold under the guise of spreading of freedom and democracy. Instead, they’re exploiting globalization and economic liberalism by living, working, or selling abroad. They’re doing so using the technological tools initially funded and created by Western governments for the purpose of global mercantilism and Big Brother surveillance.

With the growing independence of the average person comes an increased distaste for big government interference. Their independence also allows for a more clear-eyed view of the not-so-invisible hand of the state and the mess that it has made in recent years under the control of Western establishment elites who can seem almost comically detached from everyday priorities and realities. 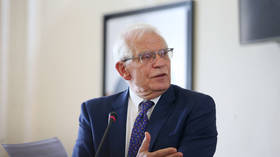 The conflict in Ukraine risks creating the ultimate nightmare for Western elites: an alternative group of allies over which the West has no control, but which has the capacity to offer citizens of the world economic opportunities that are competitive with what their own governments or countries are offering. Or as former CIA director and US Secretary of State Mike Pompeo recently told a Washington think-tank: “By aiding Ukraine, we undermined the creation of a Russian-Chinese axis bent on exerting military and economic hegemony in Europe.”

Events in Ukraine and the Western sanctions resulting from it are serving to catalyze the development and implementation of a parallel Eastern or South-Eastern offer with alternative systems and structures. The result is even greater freedom of choice for the average Western citizen who can even further lessen their reliance on their own government. Good luck trying to sell or leverage the conventional “us versus them” concept that underpins the old world order to citizens who are enjoying the benefits of access to “them”.

As Western governments lose control, they’re cracking down on those who advocate in favor of greater sovereignty and independence — two concepts which the elites love to invoke for manipulative purposes but see almost as dirty words when coming from the mouths of actual people seeking to assert their own rights. The rise of populism is also a symptom of the problem that Western governments created for themselves by failing to reverse course on their own systemic corruption and increasingly authoritarian tendencies.

Western elites are doubling down in Ukraine to save the world order that protects their own selfish interests, thinking that it’s the way to prevent a parallel option from emerging. It’s as simple as that. And they don’t care if it’s the average citizen who has to pay the price.