Tensions between Belgrade and breakaway Kosovo are beneficial to the US and the EU, the ambassador said 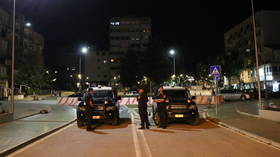 The smoldering conflict between Serbia and the breakaway republic of Kosovo is beneficial for the West, Russia’s envoy in Belgrade Alexander Botsan-Kharchenko proclaimed on Tuesday.

Appearing on Russian TV, the ambassador suggested that Pristina was behind the recent escalation between Serbia and Kosovo but insisted that the incident was ultimately orchestrated by the US and the EU, who aim to stage a provocation in Kosovo that would put Serbia “on its knees” and pressure it into supporting anti-Russia sanctions.

“In this case, the EU, just like it was in the case of Ukraine and in the case of anti-Russian sanctions, is following instructions from Washington, contrary to its own interests. Washington benefits from a smoldering conflict. It benefits from keeping the situation on the brink of collapse,” said Botsan-Kharchenko.

The Russian ambassador’s comments come after tensions flared over the weekend on the border between Serbia and its breakaway province, officially called the Autonomous Province of Kosovo and Metohija in the Serbian constitution, which received recognition by several Western powers in 2008.

The government in Kosovo planned to ban the use of Serbian-issued license plates and ID papers starting from August 1, and was to use its police force to enforce the measure. On Sunday, Serbs in the north of the breakaway province set up roadblocks and rang alarm bells as heavily armed special police took control over two administrative crossings with Serbia, preparing to implement the order by Pristina. 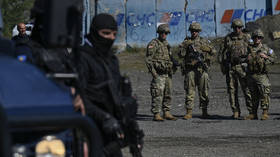 The situation received a temporary resolution after Washington called on Kosovo officials to postpone the implementation of the controversial law until September 1. Pristina agreed, on condition that Serbia remove barricades from the de facto border.

Serbian President Aleksandar Vucic has said that he hopes for tensions to ease and promised that Belgrade would do everything within its power to preserve the peace through compromise.

NATO occupied Kosovo in 1999, after a 78-day air war against what was then Yugoslavia. The province declared independence in 2008, with Western support. While the US and most of its allies have recognized it, Serbia, Russia, China and the UN states in general have not.