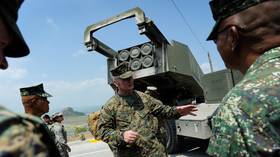 A senior Ukrainian military intelligence official has claimed his agency was getting advice from British and American counterparts on which targets to attack with Western-supplied weapons, like the HIMARS multiple-launch rocket systems. The Americans can ban any strike they don’t like, the general reportedly said.

The revelation came on Monday in an interview that Major General Vadim Skibitsky gave to The Telegraph newspaper. When discussing Ukraine’s reported successes in destroying Russian military targets with weapons provided by the West, he claimed Ukrainian forces were using “real-time information” to direct fire.

“I can’t tell you whether [we are directly tasking] British and American satellites, but we have very good satellite imagery,” the British newspaper cited him as saying.

The general did not claim that US officials were feeding targeting information directly to Ukraine, but said troops were getting feedback from Washington and London before launching rockets. This allows “Washington to stop any potential attacks if they were unhappy with the intended target,” The Telegraph said.

US officials have frequently claimed that America does not have direct involvement in Russia’s hostilities with Ukraine, since it would put it at risk of escalating the conflict. 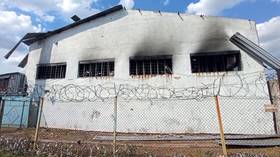 Russia and its allies in Donetsk and Lugansk accused Ukraine of using the US-made launchers to strike non-military targets. In a recent incident a rocket attack hit a detention facility, where dozens of Ukrainian POWs were kept. Officials from the Donetsk People’s Republic showed images of what they described as fragments of HIMARS rockets used in the strike.

Over 50 of the prisoners were reported killed in what Russia alleged to be an assassination of potential witnesses and perpetrators of war crimes committed by the Ukrainian side. Kiev denied responsibility for the incident and accused Russia of hitting the prison camp in Elenovka. Ukrainian officials claimed the attack was meant to cover up either abuse of the POWs or the embezzlement of money.