It has completely undermined its reputation as a “predictable partner,” Russia’s top diplomat has said 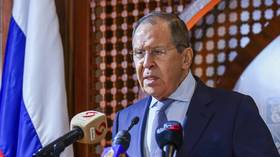 The West has declared a “total hybrid war” against Russia, resorting to open “robbery” and “state piracy,” Russian Foreign Minister Sergey Lavrov said on Friday. Everyone “without exception” is set to feel the impact of this war, the top diplomat warned.

“Political correctness, decency, rules, and the legal norms are simply discarded, the cancel culture is applied to everything Russian, any hostile actions against our country are allowed, including outright robbery,” Lavrov said during his speech at a meeting of the Foreign and Defense Policy Council (SVOP) forum.

The hostile steps taken by ‘the collective West’ against Moscow in recent weeks have completely undermined its own reputation as a “predictable partner,” the diplomat continued. Such actions only bring the emergence of a truly multipolar world closer, as “not only Russia, but many others are reducing their dependence on the US dollar, on Western technologies and markets,” no longer feeling safe from Western “state piracy,” Lavrov believes.

I am sure that a consistent demonopolization of the world economy is not [a matter of] some distant future.

The ongoing assault on Russia has already turned into a “total hybrid war,” he added. That “war” has already reached such a scale that “everyone” in the world will be affected by it, he warned. 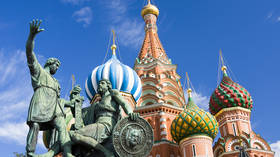 “The collective West has declared a total hybrid war against us, and while it is difficult to predict how long all this will last, it is evident that everyone will feel the consequences, without exception,” the foreign minister stated.

Moscow has been hit by multiple massive waves of Western sanctions since the ongoing conflict with Ukraine broke out in late February. Russia attacked its neighboring state following Ukraine’s failure to implement the terms of the Minsk agreements, first signed in 2014, and Moscow’s eventual recognition of the Donbass republics of Donetsk and Lugansk. The German- and French-brokered protocols were designed to give the breakaway regions special status within the Ukrainian state.