The authorities want to demonstrate to people that they need to save energy, the mayor of the Polish capital says 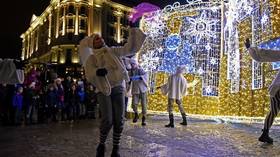 The Warsaw city administration is mulling the idea of limiting the number of decorative lights this Christmas or even turning them off completely to encourage Poles to save energy, local media reported on Wednesday, citing the mayor, Rafal Trzaskowski.

“We want to symbolically show the people of Warsaw that energy needs to be saved,” Trzaskowski told Radia ZET, adding that this would not solve the energy crunch, but would demonstrate that Poland is serious about saving energy.

The festive lighting is usually placed along the Royal Route, which features many of the city’s historic landmarks, including several palaces and churches. 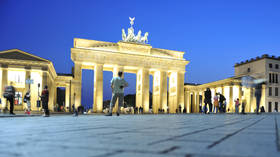 The mayor also said that the authorities are planning other measures to reduce energy consumption.

As is the case with the rest of Europe, Poland is facing a severe energy crisis, exacerbated by surging gas prices and Russia’s decision to cut off natural gas supplies to the country in late April. Russian energy major Gazprom halted gas deliveries after Warsaw refused to pay in rubles.

In late March, Russian President Vladimir Putin announced that nations, including Poland, which imposed sanctions on Russia but are still importing its gas would be required to makes payments in Russia’s national currency.

Earlier in July, to mitigate the impact of the crisis, Poland backed legislation to loosen the gas trading rules, extended tariff protection for consumers, and drew up contingency plans for electricity operators. These measures are aimed at fast-tracking the authorities’ response if the energy crunch becomes even more severe.

In June, the government also reminded citizens that they are allowed to gather firewood from forests to keep themselves warm if they obtain a permit.

Plans to limit the Christmas lights in Warsaw come as another European city, Berlin, considers similar steps. Earlier this month, Mayor Franziska Giffey backed the idea of not lighting up landmarks such as the Brandenburg Gate to save energy. The local authorities went so far as to suggest leaving some street lights off as long as it does not compromise safety.