Egis Klimas said ‘everything is done from our side’ 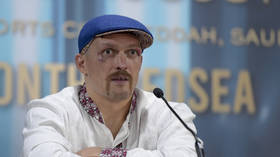 WBA, IBF, WBO and IBO heavyweight boxing champion Aleksandr Usyk’s camp says substantial progress has been made by their side towards getting an undisputed championship bout against WBC ruler Tyson Fury over the line.

With Usyk ruling himself out of action for the rest of 2022 and a potential fight with Anthony Joshua falling through, Fury will next be seen in the ring taking on Derek Chisora at the Tottenham Hotspur Stadium on December 3.

But as Usyk confirmed from Lisbon this week, he is clear on who both he and the Mancunian should face next after Fury likely disposes of 38-year-old Chisora in simple fashion.

The Ukrainian wants a superfight against the ‘Gypsy King’ which will crown the first undisputed heavyweight champion of the four-belt era. 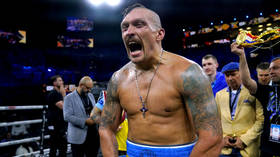 Speaking to Seconds Out, Usyk’s manager Egis Klimas revealed that progress is being made on their side of the negotiating table with only Fury holding things up.

“Everything is done from our side – everything. So, there’s only one guy who can say, ‘Yes, we’re going [ahead];’ that’s Fury,” Klimas said, while conceding that Usyk, who is a natural cruiserweight, will be the underdog despite boasting more belts at heavyweight.

“Size difference of course, it’s not in Usyk’s favor. [Fury] is a giant. Also, he’s a good fighter. He’s a talented fighter first of all; second, he has a good boxing IQ. He is a very, very dangerous fighter,” Klimas added.

He also revealed that the potential box-office clash is likely to take place no earlier than February 18 and no later than March 4, which makes sense given comments that Usyk made from the Portuguese capital.

“For me, the idea would be to fight maybe early February or beginning of March, like March 4, because I am an Orthodox Christian,” Usyk said. 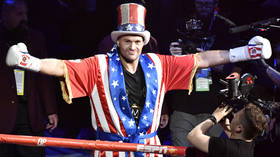 “During the great fasting before Easter, I do not fight, so it should be all before or then after Orthodox Easter (April 16).”

With his sights set on making history, Usyk said he wants to take on Fury “because I need the fourth belt and I don’t want to fight with anyone else until I have the fourth belt.”

As Fury is banned from the US, the UK or the Middle East are the most likely destinations for their meeting if an agreement can be struck between promoters, managers and fighters.