US weighs in on breaking Russia-India ties 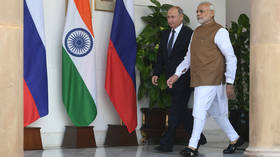 Washington doesn’t believe that it can swiftly disrupt the decades-long bilateral ties between India and Russia, US State Department spokesman Ned Price said.

During a briefing on Tuesday, Price was questioned about why groups, in which Washington and New Delhi participate jointly – including the Quadrilateral Security Dialogue (Quad) of the US, India, Austria and Japan that held a summit on the same day – failed to put out a strong statement on Russia’s military operation in Ukraine.

“India has a relationship with Russia that has developed over the course of decades,” while the conflict in Ukraine is ongoing for only three months,” Price responded, making it clear that it wasn’t long enough for authorities in India to somehow change their stance. 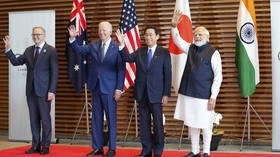 “We have never thought it realistic or possible to attempt to refashion or recontour a historic relationship that India has had with Russia – that has developed over the course of decades – in days, weeks, or even months,” he said.

Bipartisan efforts made since the George W. Bush administration (2001-2009) mean the US can now be “a partner for India that we weren’t able to be when India’s relationship with Russia first developed during the Cold War,” the spokesman pointed out.

Cooperation between Washington and New Delhi spans economy, trade and security, with Washington being “confident that those ties will strengthen going forward,” he added.

India has been reluctant to condemn Russia for sending troops into Ukraine in late February and resisted the US push to join the harsh international sanctions against Moscow. New Delhi started purchasing record volumes of Russian oil during the conflict.

India and Russia continue to officially describe their relationship as a “special and privileged strategic partnership.” Those ties include not just economics and politics, but security as well, with 85% of India’s weapons systems being of Russian or Soviet origin, according to US research estimates.