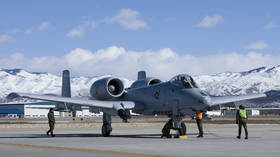 Only four out of 49 types of US military aircraft met “mission capable goals” in most of the years between 2011 and 2021, a report published this week by the Government Accountability Office has revealed. “Aircraft mission capable goals were generally not met,” the document released on Thursday said. The study found that one model of the notoriously costly F-35 has failed to meet targets in every year so far.

Only the Air Force’s UH-1N Twin Huey helicopter scored a perfect record for readiness, meeting mission goals every year from 2011 through 2021, the report found. The Navy’s anti-submarine EP-3E satisfied the criteria in seven out of 10 years, while the Air Force’s B-2 bomber and RC-135S-W Cobra Ball spy plane met requirements in six of those years. The Navy’s E6-B Mercury command post was successful half the time.

The remainder of the Pentagon’s vast fleet were airworthy less than half the time, however – and 26 of them did not pass muster for a single year of the decade-long period under review. The Air Force’s model of the F-35, which cost over $1.6 trillion to develop, only met readiness criteria in two out of the 10 years it was operational, and its Marine Corps cousin didn’t pass a single year. The Air Force’s F-22 and F-16 fighters also flunked every single time. 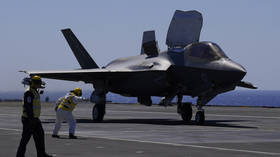 The probe concluded that the average flight readiness rate has declined over the last decade for every division of the military except the Army, leaving just two of the 49 types of aircraft mission-capable as of 2021.

Problems include critical supply chain issues, an issue plaguing the US economy at large but worse for the military, where highly-specialized supply chains rely on companies that have cornered the market for one particular part. Unscheduled maintenance and a shortage of trained personnel to perform it also ranked highly on the list of problems keeping planes grounded.

Even seemingly positive developments, such as a decline in operating and support (O&S) costs by $2.9 billion since 2011, concealed deeper failures. The planes cost less to operate because they spent more time on the ground, the GAO found, and maintenance costs in 2021 were $1.2 billion higher than a decade earlier.