US Treasury explains how G7 will target Russian oil 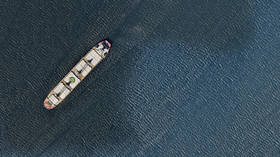 According to Harris, as cited by Reuters, the sanctions will tackle Russian crude oil, then focus on diesel, and finally lower value products such as naphtha. The G7 sanctions should be seen by the industry as a way to continue trading, ensuring Russian oil continues to flow, he explained.

“The price cap can be considered a release valve on the (EU) sanctions package,” Harris said, adding: “It transforms the ban from an absolute ban to a conditional ban.”

The price at which Russian oil sales will be capped has not been decided, the official noted, adding that it will be high enough to provide an incentive to maintain output, and above the marginal production cost for Russia's most expensive oil well.

The EU also aims to sanction Russian exports, with its restrictions reportedly set to match the oil price ceiling agreed by the G7. The bloc will ban seaborne imports of Russian oil from December 5 and of oil products from February 5, 2023, cutting the trade off from financial services and potentially halting it worldwide.

Western leaders agreed in June to explore a price ceiling to limit how much refiners and traders can pay for Russian crude. Moscow has made it clear that it will not comply, instead shipping its crude to countries not bound by the cap. Deputy Prime Minister Alexander Novak has warned that nations that support the price cap will not receive any Russian fuel.