US top brass warn of ‘conflict between great powers’

General Mark Milley, chair of the US Joint Chiefs of Staff, named China and Russia as the global powers America is vying against 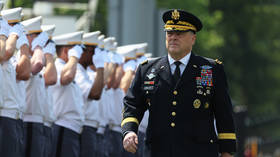 The likelihood of a military conflict “between great powers” is growing, the chair of the US Joint Chiefs of Staff, General Mark Milley, has warned.

Speaking in front of cadets graduating from US Military Academy West Point on Saturday, Milley said that the “world you are being commissioned into has the potential for a significant international conflict between great powers.” The general added “that potential is increasing, not decreasing.”

Milley went on to single out China and Russia, describing both as having “significant military capabilities” and intending to “change the current rules-based order.”

He also noted that the ongoing fighting in Ukraine highlighted some of the main characteristics of future battlefields, which will be “highly complex and almost certainly decisive in urban areas against elusive, ambiguous enemies that combine terrorism and warfare alongside conventional capabilities – all embedded within large civilian populations.” 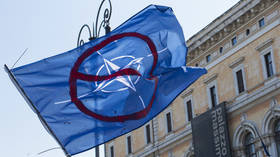 Moreover, Milley predicted a radical shift in military technology in the coming decades akin to the replacement of the musket by the rifle, and the rifle with the machine gun. Among the hardware dominating the future battlefield are “robotic tanks and ships and airplanes,” according to the general.

He also noted that the technological edge is no longer necessarily in America’s favor.

“What was once the exclusive province of the United States military is now available to most nation states with the money to acquire them,” Milley warned. He also pointed out that the development of artificial intelligence meant that “whatever overmatch we the United States enjoyed militarily for the last 70 years is closing quickly,” with Washington already being “challenged in every domain of warfare in space and cyber, maritime air and, of course, land.”

Milley called on the US military to be adaptive and resilient while maintaining “incredible character under the intense pressure of ground combat.”

This is not the first time Milley has made such assessments. In early April, he told US lawmakers that the “potential for significant international conflict is increasing, not decreasing.” He also described Russia’s attack on Ukraine as “threatening to undermine not only European peace and stability but global peace and stability that my parents and a generation of Americans fought so hard to defend.”

China, too, was mentioned in the general’s speech at that time.

He, along with Defense Secretary Lloyd Austin, argued before the US House Committee on Armed Services that these perceived threats justified the record-breaking $773 billion budget the US Department of Defense was requesting for the next fiscal year.