US to impose airport Ebola screenings 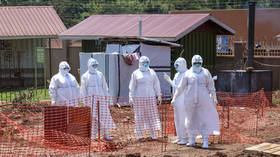 All US-bound air travelers who recently visited Uganda will be tested for symptoms of the Ebola virus, the State Department said, noting that passengers will be redirected to a handful of major airports for screenings amid a growing outbreak in the African nation.

Starting later this week, travelers of any nationality, including American citizens, will be re-routed to one of five airports around the country to undergo “new layers of screening” if they visited Uganda sometime in the last 21 days, officials announced on Thursday.

While the State Department said no Ebola cases have been detected beyond Uganda in the latest outbreak, and that the risk to Americans remains “low,” the decision appears to have been taken as a precaution. 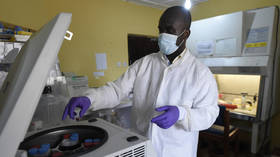 Health authorities in the African country declared an Ebola emergency in late September after the first deadly case there in years. Since then, at least 60 confirmed and probable infections have been detected, with 28 others killed by the virus in that time, including several healthcare workers.

According to a US official cited by the Hill, travelers who were recently in Uganda can expect a temperature check and to fill out a “health questionnaire” about Ebola. They will be asked to provide contact information in the event a case is detected within the US, hoping it will help trace the origin of the infection. It is unclear how long the screenings will remain in place.

Ebola primarily spreads through direct contact with bodily fluids of an infected person or animal, as well as objects carrying the pathogen. Symptoms include severe fever and gastrointestinal problems, headaches, joint and muscle pain, as well as internal and external bleeding. Mortality rates for the rare virus have exceeded 90% in some previous epidemics, though outcomes are thought to be strongly tied to the quality of medical care a patient receives.