California has accused 3M, DuPont, and 16 other companies of deliberately concealing the harm of their products 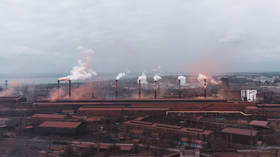 The state of California has sued 18 chemical manufacturers for deliberately endangering the public and the planet. The companies knew the per- and polyfluoroalkyl substances (PFAS) they made were “toxic and harmful to human health and the environment,” but opted to conceal that fact from their customers, the state alleged in its lawsuit filed on Thursday in Alameda County Superior Court.

“PFAS are as ubiquitous in California as they are harmful,” Attorney General Rob Bonta said in a statement issued on Thursday.

Known as “forever chemicals,” the substances are found in the bloodstreams of about 98% of Californians, as well as throughout the state’s animal and fish population, soil, and waterways. They are linked with numerous health issues, including half a dozen forms of cancer, developmental delays and defects in children, infertility, and immune issues. 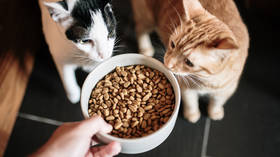 The toxic effects of these chemicals, which are used to make cleaning products, cookware, packaging, clothing and shoes, paint, and firefighting foam, have been known to manufacturers since as early as the 1950s, the lawsuit says. By the 1960s, it was known they were leaching into groundwater. The following decade confirmed the substances bioaccumulated in humans.

Meanwhile, the companies insisted the substances were safe and continued to manufacture products containing them. DuPont claimed in 2003 that there were “no health effects associated” with exposure to the forever chemical PFOA, and that it was “not a human health issue.”

More than a decade after 3M stopped making the forever chemical PFOS under pressure from the US Environmental Protection Agency, it still claimed “the vast body of scientific evidence does not show that PFOS or PFOA cause adverse health effects in humans at current exposure levels, or even at the historically higher levels found in blood.”

DuPont, 3M, Chemours, Chemguard, and the 12 other defendant companies thus knew the dangers of PFAS when they manufactured and sold products that contained them, the lawsuit states, meaning they not only neglected to warn about the dangers but actively concealed them.


READ MORE:
Damning analysis discovers US tap water is a ‘cocktail of chemicals’

The suit seeks an injunction as well as damages, penalties, restitution payments, and a comprehensive abatement program including statewide “treatment and destruction of PFAS” and funding for medical monitoring and replacement water. True to their nickname, the substances are extremely difficult to remove from the environment and persist in living tissues impervious to natural decomposition processes.