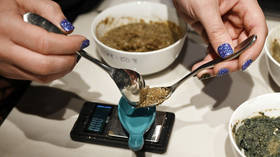 Ten years on from becoming one of the first two US states to legalize recreational use of marijuana, Colorado has become the second state to clear the way for legal use of several hallucinogenic drugs, known as “magic mushrooms.”

A ballot measure legalizing use of psychedelics by people 21 and older was approved by Colorado voters in Tuesday’s congressional midterm election. With 95% of votes counted and 52.7% cast in favor of legalization, the Associated Press projected on Friday that the ballot proposition was victorious.

Colorado residents will be allowed to grow and share the compounds, but retail sales are prohibited. The drug will also be banned for use in public places or while operating a vehicle.

A similar measure passed in Oregon in 2020. Legalization bills have been introduced in two other states, Washington and New York. Dozens of other states are considering bills to study the therapeutic benefits of psychedelics or to decriminalize possession of the compounds. 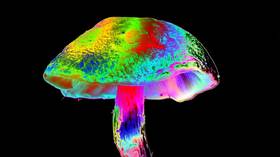 Proponents have claimed that psychedelics can be used to treat such maladies as depression, anxiety, addiction and post-traumatic stress disorder. In 2019, the US Food and Drug Administration designated psilocybin as a “breakthrough therapy” to treat major depressive disorder, a status that could speed development and approval of new drugs that contain the compound.

Critics, however, argued that creating licensed “healing centers” would send the wrong message, particularly to kids, that the non-FDA approved substances are healthy, and would eventually pave the way for recreational dispensaries of the drug.