The US should pull out of the trans-Atlantic alliance instead of waging a proxy war against Russia, a Republican lawmaker says 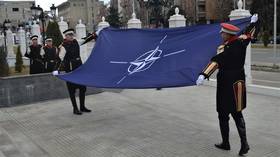 Washington should pull out of NATO instead of sending billions of taxpayer dollars to Ukraine and risking a nuclear war, according to a Republican congresswoman who has been highly critical of Washington’s response to the Ukraine crisis.

Georgia Representative Marjorie Taylor Greene, a strong supporter of former President Donald Trump, made the case in a series of tweets on Thursday.

Ukraine is the “new Iraq wrapped up with a pretty little NATO bow, with a nuclear present inside,” she wrote.

“The American people do not want war with Russia, but NATO & our own foolish leaders are dragging us into one. We should pull out of NATO.”

She described the provision of military aid to Ukraine, which she voted against in Congress, as a “proxy war” against Russia that Americans have no appetite for. 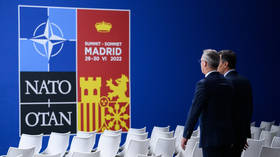 “Grinding up Ukraine to fight with Russia is disgusting, they could have been an ally,” she tweeted.

Marjorie Taylor Greene also listed a host of problems that she sees as more pressing for the American people, from soaring inflation to fentanyl overdoses and rampant crime. The only people vying for a conflict with Russia are “those who make money off of it,” she claimed.

Warmongers in Washington seeking war with Russia “should suit up and go fight it” themselves, she suggested. “Send your kids and leave ours alone. Pay for it yourself.”