US sets conditions for India to keep buying Russian oil

New Delhi should either abide by the G7 price cap, or refrain from using Western insurance and shipping services 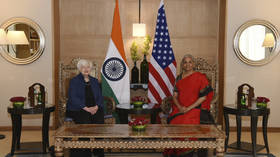 Washington has given its blessing for India to keep buying as much Russian oil as it wishes, even at prices exceeding those set by the G7-imposed cap mechanism – but only if it refrains from using Western insurance, finance and maritime services to fulfill the transactions.

Russian crude “is going to be selling at bargain prices, and we’re happy to have India get that bargain or Africa or China,” US Treasury Secretary Janet Yellen told Reuters in New Delhi, where she met with Indian Finance Minister Nirmala Sitharaman on Friday.

Yellen argued that once the European Union halts all seaborne imports of Russian oil next month, Moscow will be forced to accept the capped price or significant discounts from market rates.

“Russia is going to find it very difficult to continue shipping as much oil as they have done when the EU stops buying Russian oil,” Yellen said, adding “They’re going to be heavily in search of buyers, and many buyers are reliant on Western services.” Sanctions will limit the availability of those services to buyers that abide by the price cap. 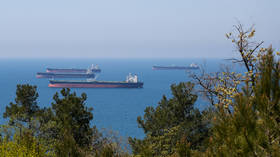 The mechanism will give India and other countries that operate outside the cap greater leverage to push down the prices they pay for oil, Yellen explained. The goal is to keep Russian oil on the market while punishing Moscow for its military offensive in Ukraine and drastically reducing its energy revenues.

Russian officials have said the country won’t sell oil or other commodities at capped prices. Last month a US Treasury official estimated that as much as 90% of Russian oil would continue to flow to buyers outside the cap mechanism. 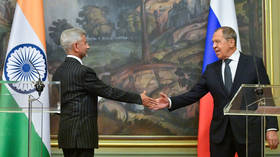 New Delhi is looking for stable energy ties with Moscow and will continue buying Russian oil to India’s advantage, Foreign Minister Subrahmanyam Jaishankar said on Tuesday during a meeting with his Russian counterpart, Sergey Lavrov.

“It is our fundamental obligation to ensure that the Indian consumer has the best possible access on most advantageous terms to international [energy] markets,” Jaishankar said.