Russia’s top domestic TV networks, as well as a host of banking executives and a defense company, have been penalized 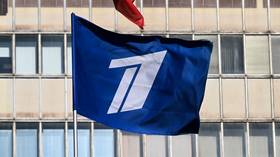 The US on Sunday sanctioned three Russian TV networks, forbidding American companies from supplying them with equipment or advertising revenue. Dozens of banking executives and a defense company were also blacklisted.

The latest measures apply to Channel One, Russia-1 and NTV, all of which broadcast in Russian to a domestic audience. The sanctions forbid American companies from providing accounting and consulting services to these networks, and deprive them of advertising revenue from US firms.

Furthermore, American suppliers will be forbidden from selling equipment such as cameras and broadcasting hardware to these stations.

The ban on consulting services will apply not just to these TV stations, but “to any person located in the Russian Federation,” read a statement from the US Treasury Department. 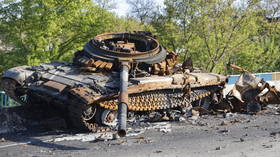 Washington also applied sanctions on Sunday to eight executives from Sberbank, 27 board members of Gazprombank, and the Moscow Industrial Bank and ten of its subsidiaries, placed visa restrictions on 2,600 Russian and Belarusian officials, and targeted Promtekhnologiya, a Russian defense company.

The embargoes were announced as US President Joe Biden and the leaders of the G7 met virtually with Ukrainian President Volodymyr Zelensky to discuss their latest response to Russia’s military operation in Ukraine. The US and its allies have imposed unprecedented economic sanctions on Russia in response to the offensive, in addition to providing billions of dollars worth of weapons to Kiev.

The US alone has sent nearly $4 billion worth of arms to Zelensky’s government, and Biden is currently urging Congress to pass his $33 billion Ukraine aid package, $20 billion of which would fund weapons and other military support for Kiev.