US plans response to Arctic activity from Russia and China – media 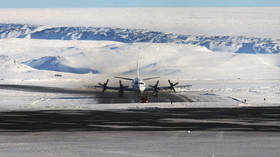 The US plans to invest billions on Arctic defense including modernizing its Thule Air Base in Greenland, Danish newspaper Berlingske reported on Monday, citing a US military report. Neither the Danish nor Greenlandic authorities have been informed of the plans, it claimed.

According to the outlet, the US has given the green light to “significant investments” into its northernmost base amid “increasingly aggressive” behavior from Russia. Citing a statement from the US Air Force, Berlingske wrote that the money would go to upgrading aging infrastructure at Thule. No further details on the matter have been provided and the American embassy in Copenhagen reportedly declined to elaborate.

The plans, Berlingske claimed, came as a surprise to the Danish parliament and the Greenlandic government, as the United States is supposed to “consult and inform” both nations regarding any significant changes to its military operations in Greenland, an autonomous territory of Denmark.

“This is our country, so we want to know when something is happening,” Pipaluk Lynge Rasmussen, a chairman of the foreign and security committee in the Greenlandic parliament was quoted as saying. 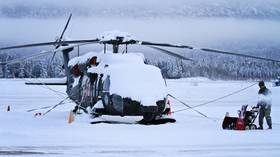 The news comes shortly after the US Navy and Marine Corps announced that they would be conducting more operations in the Arctic.

Earlier this month the commander of the US Northern Command and North American Aerospace, Air Force Gen. Glen D. VanHerck, said that in view of rising activity from Russia and China in the region, the Arctic now plays a central role in the US deterrence strategy.

Thule air base lies about 750 miles (1207 km) north of the Arctic Circle and 946 miles (1522 km) from the North Pole on the world’s largest island. Initially it was established to protect the Danish colonies on Greenland from Germany during the Second World War. In recent years it has been mainly used as an advanced-warning system to detect and track ballistic missiles.