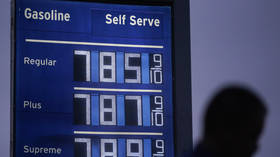 US oil firms ExxonMobil and Chevron have reported record profits, reaping tens of billions of dollars due to a major surge in prices fueled by conflict in Eastern Europe and a months-long Western sanctions spree on Russia, a major global exporter.

Issuing their quarterly earnings reports on Friday, the petro-giants have both come out ahead, with Exxon seeing a 273% jump in profits compared to the second quarter of 2021, and 247% for Chevron.

Exxon reported $17.6 billion in profits, nearly double what it brought in for the first quarter of 2022, while Chevron placed the number at $11.4 billion, a 74% jump over Q1.

As noted by CNN, Exxon’s net income for the quarter meant it earned some $2,245 every second of the 92-day Q2 period, pulling in hundreds of thousands of dollars in the time it takes to fill up a car at the pump. Chevron, meanwhile, earned $1,462 per second throughout the same quarter. 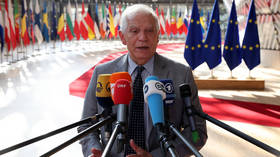 The optimistic earnings reports gave a significant boost to both firms’ share prices, with Chevron rallying 8% and Exxon 4% during the morning trading hours on Friday.

The record profits come amid a spike in oil and gas prices, with natural gas nearly tripling in cost since last summer, according to CNBC. Though gasoline prices in the US have begun to fall from their historic high reached in June – when they exceeded $5 per gallon – they remain far above the second quarter of 2021, which averaged out to just over $3 per gallon, per US government statistics.

The soaring prices are explained in part by a US-led effort to boycott, and even outright embargo, Russian energy, which has long made up a large share of imports for several European nations. While sanctions have helped to curb some Russian oil sales, a senior US energy official acknowledged in June that Russian fossil fuel revenues may be greater now than they were before Moscow’s attack on Ukraine in late February, which triggered the flood of Western penalties.