US may waive smog rules to tame gasoline prices 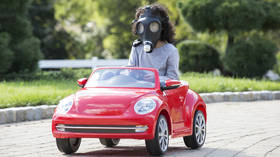 The US government is reportedly considering the idea of suspending gasoline environmental rules introduced earlier to reduce summertime smog. The step is expected to combat rising prices at the pump, sources involved in the discussions told Reuters.

However, the latest spike in energy prices has reportedly forced the White House to consider suspending the rule to help reduce fuel costs. 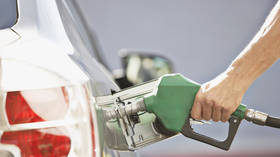 The US administration has already lifted the requirement for summer sales of E15, a lower-price, high ethanol gasoline. The waiver under consideration would apply to all grades of gasoline, though the final decision hasn’t yet been made, according to the sources.

On Monday, the average price of a gallon of regular gasoline in the US hit another record high of $4.596, a 50% increase over 2021. A total of 10 states and the District of Columbia are already paying more than $5 a gallon, with California’s statewide average surging to more than $6 a gallon.

The wild surge in fuel costs seen over the past several months comes amid rising global prices for crude. The situation has worsened since the introduction of sanctions on Russia, a major global supplier of oil. A year ago, the price of a gallon of regular gasoline in the country was hovering around $3 a gallon.