Home Iz minuta u minut US is having trouble finding Asian countries willing to shoot missiles at... 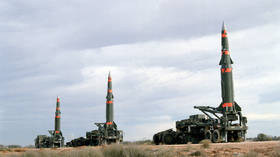 A satirical impression of a headline in the ‘Foreign Policy’ magazine, authored by one Raymond L. Bloodthirst Jr., began circulating around the internet recently. It read as follows: ‘We’re Having Trouble Finding Asian Countries Willing to Shoot Missiles at China.’ The subheading then lambasted China’s neighbors for not being “democratic enough” to potentially sacrifice thousands of lives in this endeavor.

It’s very clearly fake, although some people who shared it didn’t examine it too closely and believed it was real – and one journalist on the “disinformation” beat, who apparently works for Voice of America, made a Twitter thread about the post. Well, it may be hard to really blame users who circulated the satirical headline since it is, at least in part, based in reality.

As it turns out, a recent article by the decidedly non-satirical RAND Corporation, a highly influential American nonprofit global policy think tank, had the exact same take as the satirical headline. RAND wrote on Twitter about its report: “A U.S. strategy in the Indo-Pacific that relies on an ally agreeing to permanently host ground-based intermediate-range missiles risks failing because of an inability to find a willing partner.” 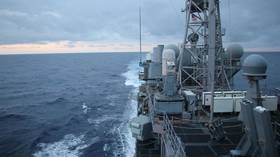 The section of the report outlining the key findings goes on to list US allies in the region, such as Thailand, the Philippines, the Republic of Korea, Japan and Australia, and discuss how each of them would be reluctant to accept US GBIRMs – either because of “historical” reluctance or opposition from China. It does, however, suggest that “the most likely strategy to succeed would be helping Japan develop an arsenal of ground-based, anti-ship missile capabilities.” This would be the first step in getting Japan to accept GBIRMs, it says.

It appears that the satire was not too far off the mark. Indeed, what it succeeded in doing was critique RAND’s position by bringing the unsaid to the fore, which is the mark of good satire. It invites us to ridicule this position because of how patently absurd it is. Yes, the idea of the US placing intermediate-range missiles in China’s neighborhood is ridiculous, and when you mention the logical conclusion of this policy then it does appear just stupid. 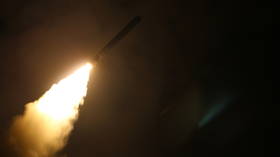 I am reminded of one dramatic principle, Chekhov’s gun. The idea goes that a writer must make every detail of a story or play contribute to the overall narrative. Writers should not make false promises in narrative works: details that may create misleading expectations should be omitted, whereas those that are included should ultimately be involved in the narrative’s resolution. To sum it up, you should never introduce a gun in a story that you aren’t prepared to use.

Reality doesn’t always conform to art (though we can see that actual news headlines and satire are sometimes not far apart), but one has to wonder whether these GBIRMs aren’t one of Chekhov’s guns. Why else would the US want to place such weapons near China if it isn't prepared to actually use them?

This is why it is such a provocative move – because placing these missiles in China’s neighborhood necessarily implies that they could be used against China. If anything, just the threat of that force is inherently coercive and undermines China’s sovereignty and independence. It also necessarily implies that whichever country might choose to house such weapons would be complicit in this threat, i.e., they’d have to be “Willing to Shoot Missiles at China.” 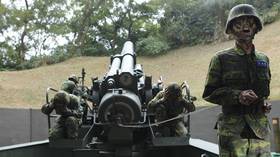 Such a policy is extraordinarily destructive and undermines global peace. China is a nuclear-armed state that, although having a very restrained nuclear policy compared to other nuclear powers, would still use them if they are introduced into a conflict. Meanwhile, the United States would probably go to any lengths to win an outright conflict against China. The US remains, after all, the only country to have ever actually used nuclear weapons in a war, having dropped two atomic bombs on Japan at the conclusion of World War II.

We can see that provoking a conflict between these two countries could lead to a terminal nuclear war, which is an outcome that benefits no one and only endangers our existence as an organized form of life on this planet. That’s why people are excoriating this policy – because it is absolutely deranged. If no countries in China’s neighborhood end up wanting to house US intermediate-range missiles, that would be a positive development for humanity.