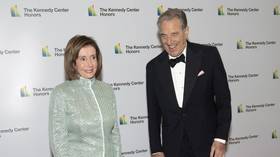 The 82-year-old husband of US Speaker of the House Nancy Pelosi was arrested on suspicion of driving under the influence in Northern California, according to the Napa County sheriff's office.

He reportedly faces charges of driving with a blood-alcohol level of 0.08 or higher, and driving under the influence of alcohol, but no further details were immediately revealed. 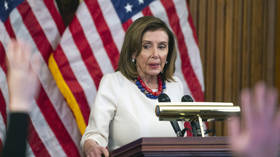 Nancy Pelosi has yet to publicly acknowledge the arrest of her husband of nearly 60 years, while her spokesperson told AP the “Speaker will not be commenting on this private matter which occurred while she was on the East Coast.”