Washington provided Kiev with intelligence on the location of high-ranking Russian officers, the newspaper has claimed 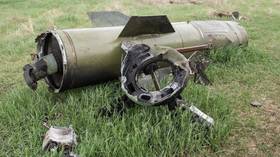 The US has assisted Kiev’s forces in killing Russian generals by sharing intelligence on their location inside Ukraine, the New York Times reported on Thursday, citing senior American officials.

Washington reportedly provided Kiev with information on Russia’s mobile military headquarters, which are said to relocate frequently in the conflict zone. Kiev then combined this data with its own intelligence to carry out artillery strikes or other attacks that led to the deaths of commanding officers, sources told the paper.

The US officials, who spoke on condition of anonymity, declined to specify how many Russian generals exactly were killed with America’s help.They also didn’t reveal the methods used by Washington to acquire data on Russian command headquarters over concerns that it could hamper further intelligence gathering.

The NYT pointed out that throughout the conflict between Moscow and Kiev, US agencies have relied on a variety of sources, including classified and commercial satellites, to trace the movement of Russian troops. 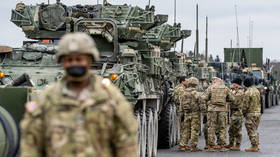 The reported assistance in targeting the generals was part of a classified effort by the Biden administration to provide real-time battlefield intelligence to Ukraine, the sources said.

Pentagon spokesman John Kirby acknowledged that the US supplied “Ukraine with information and intelligence that they can use to defend themselves,” but refused to disclose any details of that data.

The US has been actively supplying Ukraine with weapons and funds amid its conflict with Russia, with Kirby revealing last week that $4.3 billion has already been allocated to this goal since 2021. 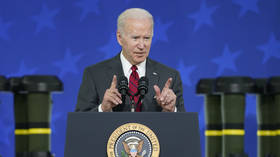 Moscow has repeatedly stated such assistance to Ukraine only destabilizes the situation and hampers the prospects of reaching peace. Last month, Russia’s Foreign Minister Sergey Lavrov blamed the US-led NATO bloc for “essentially going to war with Russia through a proxy and arming that proxy.”

Russia attacked the neighboring state following Ukraine’s failure to implement the terms of the Minsk agreements, signed in 2014, and Moscow’s eventual recognition of the Donbass republics of Donetsk and Lugansk. The German and French brokered Minsk Protocol was designed to give the breakaway regions special status within the Ukrainian state.