US fears for EU unity amid gas cuts – CNN

The reduction of gas supplies has caused panic on both sides of the Atlantic, US officials told the broadcaster 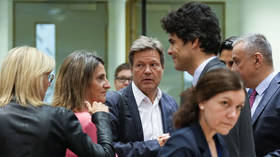 The US administration is working “furiously” behind the scenes to keep the EU united against Moscow amid a drop in supply of Russian gas to European customers, CNN reported Wednesday, citing American officials.

There’s panic on both sides of the Atlantic over the possibility of Europe experiencing severe gas shortages this winter, unnamed officials told the broadcaster.

“This was our biggest fear,” one of them confessed, warning that the impact of gas cuts in Europe could boomerang to the US, leading to a further spike in gas and electricity prices for American customers.

The whole situation is also going to become a major test of European resilience and unity against Russia, he added.

Gas prices in Europe reached $2300 per thousand cubic meters on Wednesday – the highest levels since March – after Russian gas giant Gazprom reduced deliveries through the Nord Stream 1 pipeline to 20% of its maximum capacity. 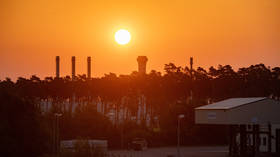 The company cited safety reasons for the move, saying that technical regulations required a turbine to be overhauled.

But CNN’s sources insisted that it was actually in retaliation for sanctions imposed by the EU on Russia over its military operation in Ukraine. The decision by Gazprom has put the West in “uncharted territory” when it comes to whether Europe will have enough gas to get through the winter, they said.

On Tuesday, EU energy ministers agreed on a plan to slash gas consumption by 15% from August until next spring, but the US officials suggested that the unprecedented measure would unlikely be enough to offset the shortages.

The Biden administration sent US presidential coordinator for global energy, Amos Hochstein to the EU on Tuesday in order to help the bloc somehow sort things out, CNN reports.