US and Chinese military heads set for major meeting – WSJ

The sides are working to arrange the talks during a defense summit in Singapore next month, according to the Wall Street Journal 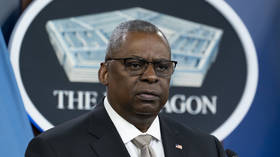 US Secretary of Defense Lloyd Austin and Chinese Defense Minister Wei Fenghe could hold their first ever face-to-face meeting next month, the Wall Street Journal (WSJ) reported on Monday.

With tensions between Washington and Beijing continuing to mount over Taiwan, officials from the two countries have been working to arrange a meeting of their defense heads, people familiar with the issue told the outlet.

According to WSJ sources, the high-profile meeting could take place at the annual Shangri-La Dialogue defense conference in Singapore, which is scheduled to take place between June 10 and 12 this year.

Austin has already confirmed his participation at the conference. Wei hasn’t yet made such an announcement, but those, who talked to the WSJ, insist that he intends to travel to Singapore too. 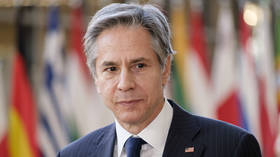 However, the article points out that the meeting hasn’t been fixed yet and that things could still change.

Austin took the reins at the Pentagon over a year ago, but he first talked to Wei only in April. According to Beijing, during their 45-minute-long conversation, the Chinese defense minister made it clear to his US counterpart that mishandling of the Taiwan issue by Washington may have a “ruinous” effect on relations between the two countries.

Last week, US President Joe Biden angered China by claiming that Washington would get involved militarily if Beijing decided to use force against Taiwan. Secretary of State Anthony Blinken was later forced to clarify that the harsh statement didn’t represent a change in the White House’s long-standing policy of recognizing China’s sovereignty over Taiwan. 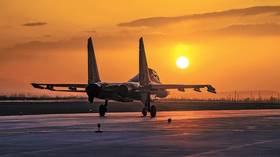 However, despite this recognition the US has been maintaining unofficial ties with the island of Taiwan, actively backing its push for independence, and supplying it with weapons.

Taipei has been self-governed since 1949, when the remnants of the nationalist government fled the mainland after their defeat in the civil war, but never formally declared independence from China. Beijing views Taiwan as a breakaway region and considers contacts between Washington and Taipei as an infringement of its sovereignty.

Under the 1979 Taiwan Relations Act, the US recognizes, but does not endorse, China’s sovereignty over Taiwan. While the act codifies the US’ ‘One China Policy,’ it also authorizes informal diplomatic relations with the government of Taiwan and allows Washington to provide Taipei with enough military support “to enable Taiwan to maintain sufficient self-defense capabilities.”