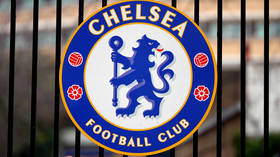 Lawyers for Russian billionaire Roman Abramovich believe they have found a solution to a legal wrangle with the UK government holding up the sale of Chelsea football club, although a definitive agreement is yet to be reached, according to reports.

Chelsea announced earlier this month that terms had been agreed for a sale to a consortium led by US financier Todd Boehly, who has since been pictured at the club’s Stamford Bridge stadium and visiting the team’s training base.

The £4.25 billion ($5.3 billion) sale will include Boehly and his partners paying around £2.5 billion to buy the club, with the promise of a guaranteed £1.75 billion investment in its future development.

After being sanctioned by the UK government back in March, Abramovich is not allowed to benefit in any way and has publicly pledged that any proceeds will go to the victims of the conflict in Ukraine.

But a crucial sticking point is believed to be a £1.5 billion debt that Chelsea still owe their Russian benefactor through parent company Fordstam, which Abramovich promised to write off when putting the club up for sale. 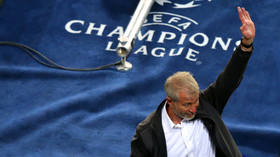 Plans for the funds and the structure of the deal have supposedly caused disagreement between Abramovich and the UK government, a source from which said this week that the sale could collapse.

Government officials are believed to be concerned that there are insufficient guarantees that the money from the deal will ultimately not end up in Abramovich’s hands – something the Russian and his team have consistently denied.

But the Press Association now reports that lawyers for Abramovich have now found a resolution to the legal issue.

The Times has also reported that a solution had been reached which “should now mean the government can approve the sale of the club.”

However, contradicting those claims, Times reporter Martyn Ziegler tweeted on Wednesday morning that an agreement over the debt to Abramovich was “not done and dusted.”

The sale is facing a deadline as the special operating license granted to Chelsea when Abramovich was sanctioned by the UK government expires on May 31.

There is also a deadline for Chelsea to register for European competition next season, as well as a Premier League meeting in early June when clubs are granted the licenses required for next season.

The man tasked with setting up a charitable fund for the sale proceeds to be paid into, former UNICEF UK executive director Mike Penrose, has warned it would be “almost criminal” if political disagreements lead to the deal for Chelsea collapsing. 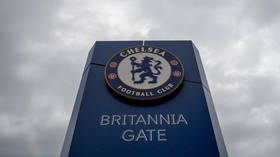 Penrose has said the independent foundation could “change the face of humanitarian aid,” with around £2.5 billion set to be transferred to the body upon completion of the sale.

Elsewhere, the Premier League are reportedly set to give the green light to Boehly and Chelsea’s planned new owners this week, meaning there are no obstacles in that regard.

On the pitch, Chelsea have already secured a place in the Champions League for next season, and will aim to wrap up third place in the Premier League standings when they host Leicester City on Thursday night before closing their campaign against Watford at Stamford Bridge on Sunday.