Musa Yamak was fighting in Germany when tragedy struck 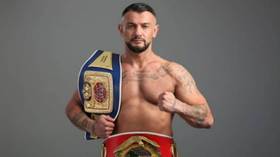 A Turkish-born German boxer died on Saturday after collapsing in the ring while suffering a heart attack at a small show in Garching around 10 miles north of Munch city center.

Bavaria-based Musa Yamak was an undefeated fighter with a proud 8-0 record consisting of eight knockouts.

Facing Ugandan journeyman Hamza Wandera, Yamak allegedly tried and failed to come out for the third round by falling down suddenly and remaining unconscious.

Yamak could not be revived and was later pronounced dead at a local hospital with his cause of death put down to a myocardial infarction or heart attack.

After fans left the arena, members of Yamak's family helped remove the ring ropes and move chairs so that the ambulance could get to their relative.

According to German police, however, paramedics had their arrival delayed by punters outside the venue.

"To ensure the safety of the paramedics, we sent out a lot of patrols. We then set up a protection corridor on site so that the paramedics could work safely and conscientiously," it was added, while it remains unclear whether the delay played a part in Yamak's sad passing.

Aged 38, Yamak turned professional relatively late in 2017 but his progress had been halted by the coronavirus pandemic.

In November last year, he won the WBFed light heavyweight international belt when knocking out Siarhei Huliakevich, but the bout against Wandera was not his first title defense.

On sites such as Boxrec, Yamak now has a 8-1 record with the Wandera loss defined by Yamak retiring at the end of the second round.

Sadly for boxing, Yamak's death is another that has been recorded in the ring this year after Armenian-born Russian boxer Arrest Sahakyan's life was claimed on January 9. 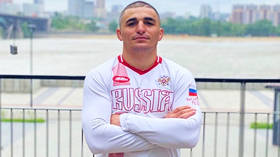 Pronounced dead aged 26, Sahakyan spent 10 days in a coma after denying his mother's request to stop boxing and being knocked out by Igor Semernin in what proved to be the last of five career bouts in Russia on December 26.

According to his sister Svetlana Petrosyan, Sahakyan suffered a hematoma to the head in another fight almost exactly a year earlier and their mother "had a bad feeling" ahead of him resuming his pugilist career against her wishes.

"She told him that his eyes were dull and she didn’t like [it]," recalled Petrosyan to REN TV. "She persuaded him all year to go to work as a coach with children. But he was sick and lived for boxing, so he refused."

Furthermore,Petrosyan explained that her brother lost 14kg for his final outing with the dramatic weight loss possibly impacting his health too.