Ukraine and Russia must be reintegrated into world markets, the UN secretary-general has said 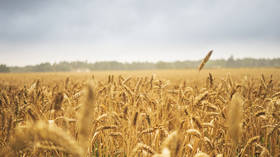 There is no other solution to the global food crisis than the prompt reintegration of both Russia and Ukraine into global food markets, despite the military conflict between the two countries, UN Secretary-General Antonio Guterres said on Wednesday.

“But let me be frank: There is no effective solution to the food crisis without reintegrating Ukraine’s food production, as well as of the food and fertilizers produced by Russia into world markets despite the war,” Guterres said.

He emphasized that the UN was doing everything it could to promote dialogue on the matter. According to Guterres, two UN teams are working to secure a “package deal” which would ensure the “safe and secure export” of Ukrainian-produced food along with Russian food and fertilizers via the Black Sea to global markets, especially to “developing countries.”

On Tuesday, Secretary General of the UN Conference on Trade and Development Rebeca Grynspan visited Moscow, where she had “constructive discussions” on food and fertilizer exports with Russian First Deputy Prime Minister Andrey Belousov. She then traveled to Washington to discuss the same issue.

Guterres’ remarks came as Kremlin spokesman Dmitry Peskov issued a warning that the world was now “potentially on the verge of a very deep food crisis” which, according to him, was caused by “illegal restrictions” imposed on Russia. Peskov also blamed Ukrainian authorities for deploying mines in Black Sea ports that have made navigation unsafe. 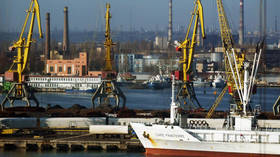 “Due to the fact that Russia has blocked our ports in the Black Sea and seized our part of the coast of the Sea of Azov, we cannot export 22 million tons of grain that are already in warehouses in our country. This is the volume that was to enter the foreign market,” he said.

The Russian military, however, says two corridors – one in the Black Sea and another in the Azov Sea – are available for civilian traffic.

The global food market, already affected by climate change and the Covid pandemic, was dealt another blow due to the Russian military offensive in Ukraine, as the two countries account for about 30% of global wheat exports. Russia is also the world’s largest exporter of fertilizers.

While the West has accused Russia of causing a surge in food prices by continuing its military operation, Moscow maintains that the real cause of the food crisis is the “politically motivated” Western sanctions against it.