There is a high risk of a global recession due to central banks’ anti-inflationary measures, a statement says 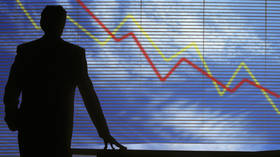 The world is “on the edge of a recession,” the United Nations Conference on Trade and Development (UNCTAD) warned on Monday in its report, citing aggressive monetary policies in advanced economies.

According to the report, higher interest rates, including hikes by the US Federal Reserve, could trigger an economic downturn even worse than the 2008 recession.

“All regions will be affected, but alarm bells are ringing most for developing countries, many of which are edging closer to debt default,” the report stated.

East and Southeast Asia are reportedly set to post growth rates below those in the five years prior to the coronavirus pandemic. The agency pointed out that this year’s interest rate hikes in the US will cut an estimated $360 billion in future income for developing nations, excluding China.

“We still have time to step back from the edge of recession. Nothing is inevitable. We must change course,” UNCTAD Secretary-General Rebeca Grynspan said.

Overall, UNCTAD downgraded its 2022 global growth projection to 2.5%, from 2.6% estimated in its March assessment. The agency expects growth of 2.2% next year.

Last month, the International Monetary Fund (IMF) also warned that some countries may slip into recession in 2023, and revised its growth forecast downwards.