Costs of imports will continue to soar across the globe due to higher prices, it warns 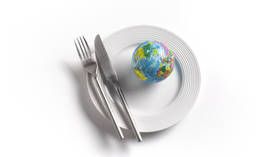 The world food import bill is estimated to rise to $1.94 trillion this year, higher than previously expected, according to the UN Food and Agriculture Organization (FAO).

In its latest report released on Friday, the FAO said this would mark an all-time high and a 10% increase over the record level of 2021, although the pace of the increase is expected to slow in response to higher world food prices and currencies depreciating against the US dollar. Both weigh on the purchasing power of importing countries and, subsequently, on the volumes of imported food, it said.

The report noted that economically vulnerable countries are being more affected by the higher prices.

“These are alarming signs from a food security perspective, indicating importers are finding it difficult to finance rising international costs, potentially heralding an end of their resilience to higher international prices,” the FAO warned.

It also pointed out that high-income countries will continue importing across the entire spectrum of products while developing regions will stay focused on staple foods.

Regarding agricultural imports, including fertilizers, the agency said the bill is expected to rise to $424 billion in 2022, up 48% from the year before and as much as 112% from 2020.

“Higher costs for imported energy and fertilizer are behind the foreseen increase. Both are particularly relevant in import bills, posing strains for the current accounts of low-income and lower middle-income countries,” the report said, adding that “As a result, some countries may be forced to reduce input applications, almost inevitably resulting in lower agricultural productivity and lower domestic food availability.”

According to the FAO, “negative repercussions” for global agricultural output and food security are likely to extend into 2023.