The ongoing conflict is not a “walk in the park,” but Russia will prevail in it, the former space boss turned military adviser says 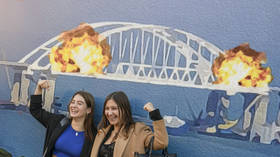 Ukrainian propaganda amounts to “zombification” of the country’s population, the ex-head of the Russian space agency Roscosmos, Dmitry Rogozin, believes. The former top official is now leading a volunteer unit dubbed Tsar Wolves in Donbass that provides military and technical assistance to the troops.

“I cannot recall when Russia was fighting at once such a powerful coalition of high-tech nations [and] fighting with a population heavily poisoned by propaganda. We have a chance out there to have a look at Ukrainian TV propaganda – it’s really zombification,” Rogozin told RIA Novosti in an interview this week.

The conflict with Ukraine, which is being backed by the collective West, is definitely not a “walk in the park” for Moscow, Rogozin admitted. However, he said he had no doubts that Russia would prevail and succeed in achieving its aims. 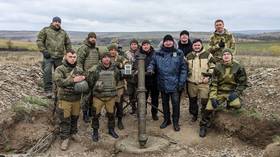 The ex-space boss, who led Roscosmos from 2018 before stepping down last summer, is now heading up Tsar Wolves. The group’s name is a nod to Russian volunteer units that took part in a series of conflicts in the former Yugoslavia in the early 1990s.

The unit operates in the Donetsk and Lugansk People’s Republics, which were recently incorporated into Russia. It is composed of “experienced military advisers and experts with rich combat experience” and provides military and technical support for the troops, according to Rogozin.

The unit has already successfully tested a new “smart” targeting module for mortars, Rogozin revealed earlier this week. The targeting system, as well as other modern weaponry, is set to “show itself” on the frontline “soon,” he said.