Some of the support programs are expiring next month 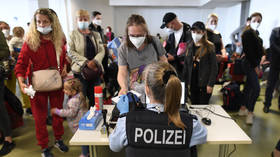 Millions of Ukrainians rushed westward in late February after Russia launched an offensive against their country. Initially welcomed with open arms by European nations, they are now seeing the support dwindle – at least when it comes to the benefits offered by host countries.

European nations are now deciding how much they want to spend on Ukrainian refugees, and some of the freebies offered in the first weeks are about to expire.