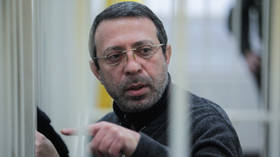 The Ukrainian border guard has stopped Gennady Korban from entering the country and seized his passport, the politician said in a Facebook post on Friday. Korban, who currently leads the territorial defense force of Dnepr Region, was attempting to enter Ukraine from Poland.

“It still feels like some kind of misunderstanding or prank. They confiscated my Ukrainian passport,” Korban said.

The official urged Ukrainian President Vladimir Zelensky to personally address the “misunderstanding.” Korban is now reportedly stuck at the Smilnitsa border, as he lacks the documents to go back to Poland. So far, no official information on the incident has been made public by the border guard or any other authority.

The border standoff comes in wake of media reports that suggested Zelensky had issued a secret decree, stripping several high-profile Ukrainian nationals of their citizenship. The list includes Ukrainian oligarch and former governor of Dnepropetrovsk Region Igor Kolomoysky – believed to be the top sponsor of Zelensky’s 2019 presidential campaign – Kolomoysky’s former deputy Korban, the co-chair of the outlawed Opposition Platform — For Life party Vadim Rabinovich, and other figures. 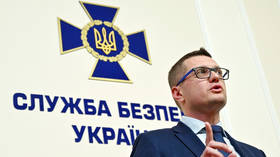 The authenticity of the decree, however, has been questioned, given that Ukraine’s constitution explicitly prohibits stripping anyone of citizenship. Ukraine’s top officials have been quite ambiguous on the matter, with Alexey Danilov, the head of Ukraine’s National Security and Defense Council, neither confirming nor denying the existence of the decree.

The Korban affair was harshly criticized by his long-time associate, Mayor of Dnepr Boris Filatov, who slammed the decision to bar him from entering the country as “petty” and “indecent” in a Facebook post. The official also drew a comparison between the actions of the Ukrainian authorities and those of Nazi Germans, who “stripped [Jews] of citizenship based on their birth.”