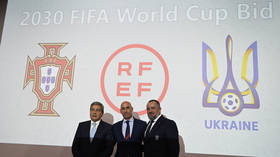 Russian football official Aleksandr Dyukov has said Ukraine has every right to launch a bid for the 2030 FIFA World Cup alongside Spain and Portugal, but sees the step as purely “political.”

It was officially confirmed on Wednesday that Ukraine will be incorporated into the Spanish-Portuguese campaign to win the hosting rights for the World Cup in eight years’ time.

The details of the joint bid are yet to be finalized, although reports have stated that Ukraine is aiming to host one group of the 48-team tournament.

“It is their right [to bid]. The application needs to be studied. I do not see any commercial or marketing logic in such an application,” said the Russian football official on Wednesday, as reported by RIA Novosti.

“The incorporation of Ukraine did not make the initial bid stronger. I see nothing here except politics,” added Dyukov, who serves as a UEFA Executive Committee member. 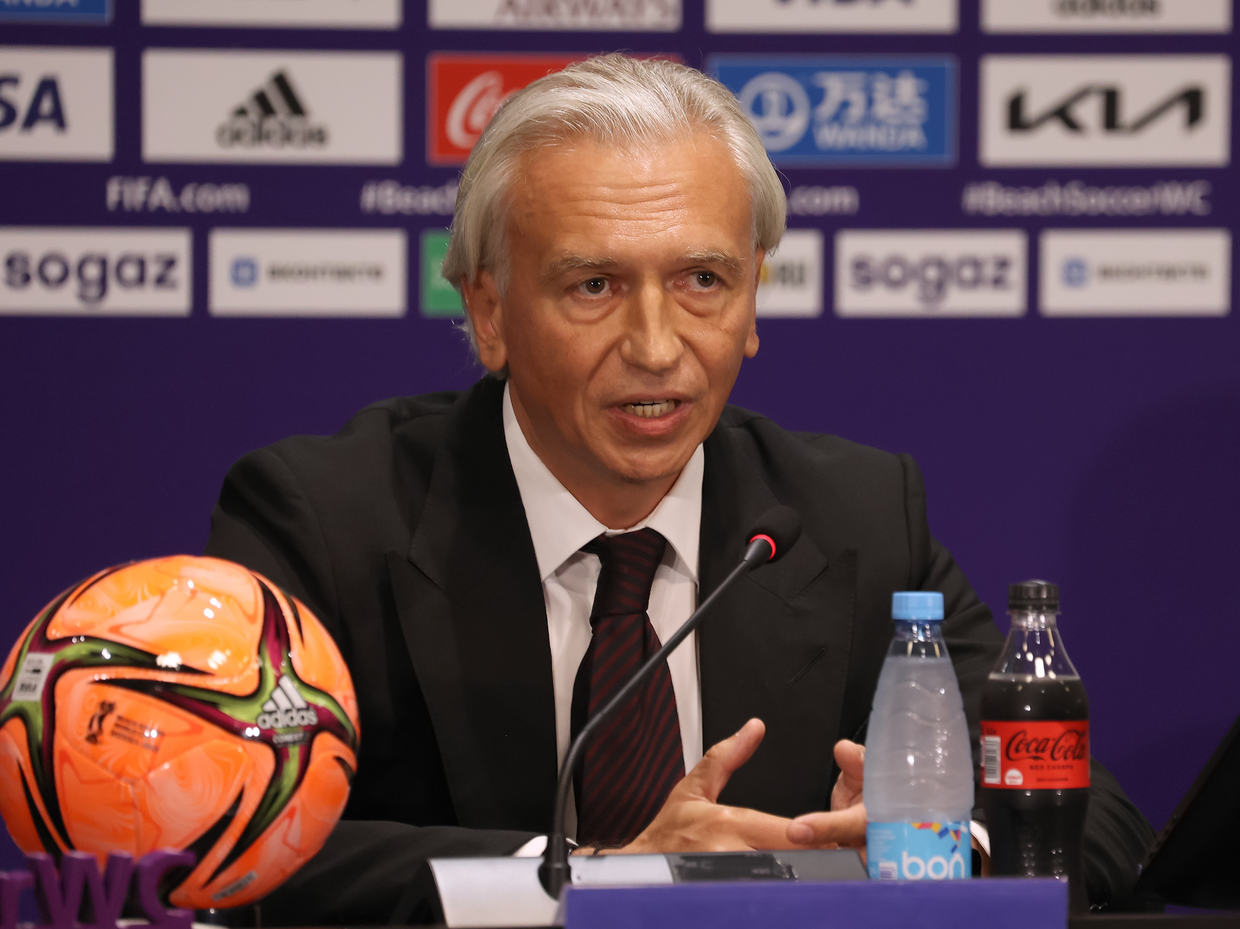 Announcing their joint bid, the football authorities of Spain, Portugal and Ukraine talked it up as receiving unconditional support from the UEFA hierarchy.

The Royal Spanish Football Federation (RFEF) described it as “a global and transformative project of European football in an exceptional situation.”

Ukrainian President Vladimir Zelensky gave the bid his full backing, writing on social media: “The joint bid of Spain, Portugal and Ukraine to host the 2030 FIFA World Cup is more than a symbol of faith in our joint victory. Ukraine will endure, prevail and be rebuilt thanks to the solidarity of its partners.”

The bid is expected to face tough competition from a joint South American campaign comprising Uruguay, Argentina, Chile and Paraguay.

Elsewhere, a possible three-way campaign from Saudi Arabia, Egypt and Greece is being lined up. Morocco has also stated its intention to bid, possibly alongside Tunisia and Algeria.

FIFA will formally announce the hosting rights at its congress in 2024. 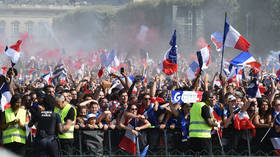 Ukraine does have experience of organizing a major tournament before, having hosted the UEFA 2012 European Championship alongside Poland.

However, the current Ukrainian plans have appeared in a very different context, considering the ongoing conflict with Russia and the uncertainty it creates.

Russian football official Vyacheslav Koloskov – who is a former FIFA vice-president – said he sees Ukraine’s hopes of landing the World Cup alongside Spain and Portugal as “unrealistic.”

“I personally see this as a PR campaign, it makes sense to promote themselves, what they think about the future of the country, the federation, football, and so on,” said Koloskov.

Russia successfully hosted the last edition of the FIFA World Cup in 2018, when matches were played at 12 stadiums across 11 cities.

The 2022 World Cup kicks off in Qatar in November, while the 2026 version – which will be enlarged to 48 teams from the current 32 – will be held in the USA, Canada and Mexico.