Recently supplied weapons could strike targets at a distance of up to 300km, a DPR spokesman has warned 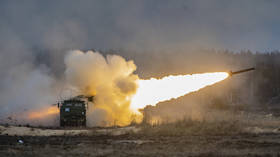 Ukrainian troops may soon deploy missiles capable of striking targets at a distance of up to 300km, a spokesman for the Donetsk People’s Republic (DPR) militia has told the Russian media. Such missiles, which are used by the US-made HIMARS multiple-launch rocket systems, may already have been delivered to Ukraine, he added.

When Kiev claimed it was in possession of HIMARS missiles with a range of up to 70km, Donbass fighters were already finding pieces of missiles with 110km-120km range, Eduard Basurin, the DPR militia spokesman, told Russia’s Rossiya 1 TV Channel. 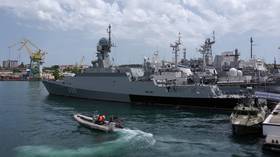 “Now, if they claim it is a 150km-180 km [range], it might well mean they already have [some missiles with] a 300km range,” Basurin said. He did not provide any specific evidence to back up this statement, however.

Earlier, the Ukrainian media reported that Kiev was in talks with the US about acquiring tactical ballistic missiles with a range of up to 300km for the HIMARS systems it already got from Washington. “Our government is holding talks with the US representatives at all levels,” Ukrainian MP Fedor Venislavsky told journalists last week, adding that Ukraine has “all the chances” to use some “long-range missiles.”

Washington previously said it would not supply Ukraine with missiles having a range of 300km out of fear they could be used to strike Russian territories, thus greatly escalating the ongoing conflict between Kiev and Moscow. 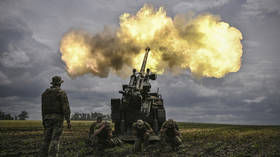 Last week, the authorities in the Russian-controlled Kherson Region accused the Ukrainian forces of using HIMARS systems in a strike that killed seven people and injured nearly 200. Over 270 people were also left homeless in the wake of the attack, according to local authorities. A day before, officials in the DPR accused Ukrainian forces of using the US-made systems in an attack that killed three civilians involved in a humanitarian mission.

According to the Pentagon, the US has provided Kiev with eight HIMARS systems since the beginning of the conflict in February. Last week, Russian authorities claimed they destroyed two of these rocket systems in the Donetsk People’s Republic (DPR).

Also last week, Kiev received its first M270 MLRS (Multiple Launch Rocket System), which is, effectively, an older cousin of М142 launchers capable of launching twice as many 227 mm missiles in one go. Ukraine has also recently threatened to use the US-supplied systems in a potential strike against Crimea – a move that would be met with a “crushing” response, according to Moscow.