Kiev believes producer of strike UAVs will proceed with plans for an assembly site, despite the current conflict with Russia 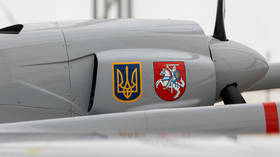 Ukraine’s plan to host a manufacturing facility for Turkish drone producer Baykar is progressing and will be realized despite the conflict with Russia, the country’s ambassador to Ankara, Vasily Bondar, has told journalists.

A Ukrainian firm established by the Turkish defense contractor has already bought a land plot where the factory will be built, the diplomat said. Meanwhile, the Ukrainian authorities are in the process of ratifying the necessary agreement with Turkey for it to operate, he told RBK Ukraine.

Baykar’s owners “are determined to see the project through because it was virtually their personal pledge to create a plant in Ukraine,” the official claimed. The firm is co-owned and co-run by the sons of its founder, Selcuk and Haluk Bayraktar. The former is the son-in-law of Turkish President Recep Tayyip Erdogan.

Ukraine purchased dozens of Bayraktar TB2 strike drones before the conflict with Russia began, with officials in Kiev claiming the weapons would give them an edge on the battlefield against the Donbass forces.

In early February, Kiev and Ankara signed a framework agreement on defense cooperation, which included a provision for opening a plant producing TB2s in Ukraine with Ukrainian engines.

“In fact, those will be Ukrainian-Turkish Bayraktars in terms of technology and they will be deployed by the armed forces of Ukraine, Turkey and other nations that would buy them,” Ukrainian Defense Minister Aleksey Reznikov said at the time.

Since Russia began its operation in February, most of Ukraine’s fleet of TB2s has been destroyed, the Russian military has claimed. Moscow has also targeted many defense-related factories in Ukraine as part of its stated goal to “demilitarize” its neighbor. 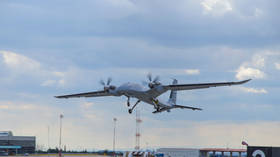 According to Bondar, despite the setbacks, a Bayraktar factory in Ukraine would be a “practical” rather than political endeavor. Ukraine remains a reliable defense supplier for Turkey despite the damage caused by Russia, he added.

“We are a responsible partner that does not leave Turkey alone with its problems in terms of supplying the things they need for defense,” he claimed.

The Ukrainian diplomat also commented on recent remarks by Erdogan that Russia may host a factory producing Bayraktar drones, which he made after holding talks with President Vladimir Putin. Bondar provided assurance that Baykar had no such plans and downplayed the words of the Turkish president as a joke.

Russia sent troops into Ukraine on February 24, citing Kiev’s failure to implement the Minsk agreements, designed to give the regions of Donetsk and Lugansk special status within the Ukrainian state. The protocols, brokered by Germany and France, were first signed in 2014. Former Ukrainian President Petro Poroshenko has since admitted that Kiev’s main goal was to use the ceasefire to buy time and “create powerful armed forces.” 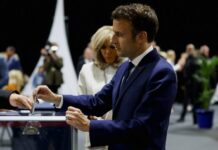