US-made HIMARS are “a good first step,” but Kiev needs the means to take accurate shots, a senior Ukrainian official has said 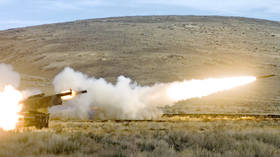 The deliveries of US-made HIMARS rocket systems are “a good first step”, but the West did not provide Kiev with the necessary technologies to accurately hit targets, a high-ranking Ukrainian official complained in an interview published on Thursday.

“HIMARS and heavy artillery are a good first step, but if we do not have the technology to find and correct targets for artillery strikes, then we’re just shooting blind,” Anton Gerashchenko, an adviser at the Ukrainian Ministry of Internal Affairs, told Newsweek magazine.

Earlier this month, Vadim Skibitskiy, a spokesman for Ukraine’s Directorate of Intelligence at the Ministry of Defense, claimed that Kiev views the Crimean Peninsula as a legitimate target for long-range weaponry, including US-made М142 HIMARS and M270 MLRS, supplied by Western powers.

His words were echoed by Alexey Arestovich, a top aide to President Vladimir Zelensky, who said that the Ukrainian military would target the Crimean Bridge as soon as Kiev obtains the capability to carry out such a strike.

Russia pushed back on these threats, with Mikhail Sheremet, an MP who represents the region in the Russian parliament, warning Kiev that retaliation will be so harsh that Ukraine will never be able to recover from it. In his telling, the would-be strike will be followed by “a crushing blow to decision-making centers in Kiev, military infrastructure and arms-supply logistics channels.” 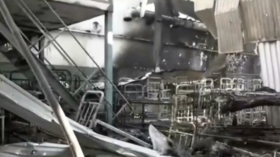 Crimea voted overwhelmingly to reunite with Russia in a 2014 referendum after a coup in Ukraine’s capital. However, Kiev says it doesn’t view the region as part of Russia, considering the peninsula to be Ukrainian territory occupied by Moscow.

Russia and allied forces have repeatedly blamed Ukrainian troops for shelling civilian infrastructure, with the Donetsk People’s Republic accusing Kiev of using HIMARS to conduct strikes on Donetsk and other regions.

On Friday, Russia’s Ministry of Defense and DPR authorities accused Kiev of having used HIMARS to target a prison holding POWs, killing 53 and wounding scores more. Ukraine rejected the claim and pinned the blame on Russian troops.

According to the Pentagon, as of July 22, the US has provided Ukraine with 16 M142 HIMARS systems, while the UK has provided another three launchers capable of firing the same munitions.

Earlier this month, Ukrainian Defense Minister Alexey Reznikov said that Kiev needed about 50 HIMARS for effective defense, and a least 100 for “an effective counteroffensive.”

Last week the Russian military said it destroyed four of the rocket launching systems, a claim that was dismissed by Kiev as “misinformation.”