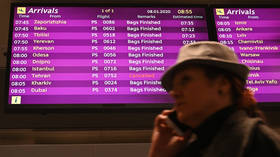 Ukraine’s Ministry of Culture and Information Policy is working on a draft law to grant a higher status to the English language, the ministry’s vice head Rostislav Karandeev said during a press briefing on Friday.

“Ukraine is still largely separated from the EU and the rest of the world by a language barrier. A change in the status of the English language is a step that could solve that problem,” Karandeev told reporters.

In order to grant the language “a higher status” and help Ukrainians master it, the ministry “has started working on a draft law that would ensure English is spoken [in the country] as a language of international communication,” the official added.

That means, he explained, that in future all civil servants or law enforcement officers will have to be able to speak English.

Even though Article 10 of Ukraine’s constitution states that the country’s government must promote “learning of languages of international communication,” that article – as well as the legal concept of such languages – is only referenced in a single law, Karandeev explained. The new bill will grant English the status of “language of international communication,” encouraging its promotion in the country, the official said. 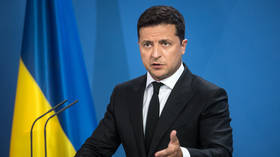 According to Karandeev, expanding the use of English will not only speed up Ukraine’s integration into the European community, but also help the country attract more investment and tourists “once we achieve our victory.”

Language issues have long been a source of tension between Russia in Ukraine, far predating the current military conflict. Even though a significant portion of Ukraine’s population speaks Russian as a first language and uses it far more than Ukrainian, some voices – especially among the country’s nationalist movements – have been calling for its use to be restricted lest it eventually supplant Ukrainian.

In July 2012, Ukraine’s parliament adopted a law titled “On the principles of the state language policy,” which granted Russian and other minority languages regional status, meaning they could be used in courts, schools and other government institutions in areas where ethnic minorities exceeded 10% of the total population. 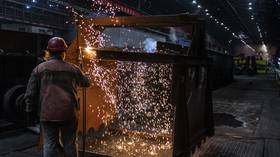 However, after the 2014 Maidan revolution, Ukrainian lawmakers demanded that the law be reviewed by the country’s Constitutional Court, arguing it went against the same Article 10 which also stipulates that the government must ensure the development and functioning of the Ukrainian language in all spheres of social life throughout the entire territory of Ukraine. In 2018, the court finally ruled the law unconstitutional.

Instead, in April 2019, the Ukrainian parliament voted for a new, wide-ranging piece of legislation called “On ensuring the functioning of the Ukrainian language as the state language.” The law made Ukrainian compulsory in many fields, including public administration, media, and education. While it provided some exemptions for the Crimean Tatar language, other languages of indigenous peoples of Ukraine, as well as English and the other official languages of the EU, Russian, Belarusian and Yiddish were not granted such exemptions.

Since the start of Moscow’s offensive in Ukraine on February 24, restrictions on the Russian language and culture have been picking up pace. In June, the country’s parliament banned Russian music.