The battle for Kherson will decide the outcome of the conflict between Moscow and Kiev, Aleksandar Vucic says 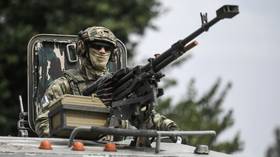 Serbian President Aleksandar Vucic has compared the anticipated battle for Kherson between Russian and Ukrainian forces to the Battle of Stalingrad during World War II, warning that aftershocks from the fighting would be felt far outside the conflict zone.

“Challenging times are ahead of us. Next winter will be even harsher than this one because we’re facing the Battle of Stalingrad, the decisive battle in the conflict in Ukraine, the battle for Kherson,” Vucic said in an interview with Pink TV on Sunday.

Both sides are likely to deploy thousands of tanks, aircraft and artillery pieces in the struggle for the key city, he predicted.

“The West [which is backing Ukraine in the conflict and supplying it with arms] thinks it’ll be able to ruin Russia that way, while Russia believes it’ll be able to defend what it obtained at the start of the war and bring it to an end,” the Serbian leader said.

Stalingrad is believed to have been the biggest and bloodiest battle of World War II, and proved to be a turning point in the conflict. According to some estimations, the fighting between the Soviet Union and Nazi Germany between August 1942 and February 1943 resulted in up to two million casualties, with more than a million dead. 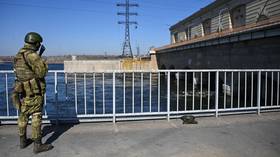 The city of Kherson on the Dnieper River came under Russian control just days after Moscow launched its military operation in Ukraine in late February.

Kherson Region was officially declared part of the Russian state in early October, together with Zaporozhye Region and the People’s Republics of Donetsk and Lugansk, after people in those territories overwhelmingly supported the move in referendums.

The Ukrainian government has made the recapture of Kherson one of its main goals, having planned a large-scale offensive on the city for months. In recent weeks, the Kiev troops have repeatedly tried to advance in the area, but all of those attacks have been repelled.

On Sunday, Kirill Stremousov, the deputy head of the regional administration, warned that Ukraine had been “deploying more and more APCs and tanks” near Kherson in what could be preparation for another offensive.

Russia has been making plans to defend the city from a possible attack. Last month, the authorities started relocating civilians from Kherson and areas on the right bank of the Dnieper over concerns that Ukrainian strikes on the Kakhovskaya hydroelectric dam could lead to major flooding.

On Thursday, Russian President Vladimir Putin insisted that “those living in Kherson must be evacuated from the most dangerous zone of action. The civilian population must not suffer from shelling, any kind of offensive and counter-offensive, and other activities related to military operations.”