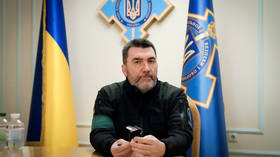 Budapest was informed of the Russian attack in advance and hoped to seize a part of Ukraine’s territory for itself, a top official of the government in Kiev claimed on Monday, adding there will be “consequences” for Hungary. This statement comes after Hungarian Prime Minister Viktor Orban was added to the database listing enemies of the Ukrainian state.

Hungary “openly talks about its cooperation with Russia. More than that, it was given early warning by [Russian President Vladimir] Putin that our country would be attacked,” Alexey Danilov, the secretary of Ukraine’s National Security and Defense Council (NSDC), said during a media appearance on Monday. He was answering if Hungary could block Ukraine’s admission to NATO.

Hungary “thought it could take part of the territory,” Danilov added. “This will never happen. Victory will definitely be ours. And about Hungary, which behaved this way, we will see what the consequences will be for this country.”

This was presumably a reference to Transcarpathia – a region in western Ukraine with some 150,000 ethnic Hungarian inhabitants – that had been a matter of dispute between Czechoslovakia, Hungary, and the Soviet Union over the course of the 20th century.

Earlier on Monday, it emerged that Hungary’s recently re-elected PM was added to Mirotvorets, (‘Peacemaker’) the notorious online database maintained to blacklist people considered enemies of Ukraine, some of whom have been murdered after being listed there. The website labels Orban “an accomplice of Russian war criminals” and an “anti-Ukrainian propagandist.” 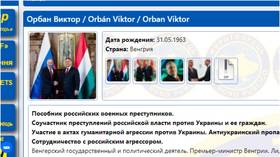 Though Hungary is a member of both the EU and NATO, Orban has refused to send weapons to Ukraine or allow the transit of such shipments through his country’s territory. Budapest has also opposed an oil and gas embargo against Moscow.

On Monday, the German outlet ZDF reported that Hungary had “moved away” from its veto on the matter, and that EU oil sanctions against Russia were forthcoming. Hungarian government spokesman Zoltan Kovacs denied the reporting, however, saying that Budapest’s stance on oil and gas sanctions “remains unchanged: We do not support them.”

In addition to making allegations and apparent threats against Hungary, Danilov also said that Kiev has no plans for another round of mobilization, and that Ukraine does not intend to sign any kind of peace treaty with Moscow, but will only accept a Russian surrender.

Russia attacked the neighboring state on February 24, following Ukraine’s failure to implement the terms of the Minsk agreements, first signed in 2014, and Moscow’s eventual recognition of the Donbass republics of Donetsk and Lugansk. The German and French brokered Minsk Protocol was designed to give the breakaway regions special status within the Ukrainian state.