Ukraine bans US and UK media outlets from Kherson 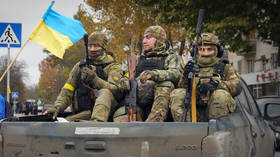 The Ukrainian military says it has removed the accreditation of several foreign and local journalists for reporting without permission from the city of Kherson, from where Russian forces were withdrawn last week. Media workers from CNN and Sky News are among those affected, a local NGO told the Ukrainska Pravda news website.

“Recently, some media representatives… carried out professional activities in the city of Kherson even before the completion of stabilization measures,” Ukraine’s General Staff said in a Facebook post on Sunday.

It accused the journalists of “ignoring existing prohibitions and warnings” and operating in the city, which has fallen under control of the Kiev forces, without authorization from Ukrainian commanders and the military's PR services.

“Work permits of the media representatives, who violated the rules of work in the combat areas, had been canceled and their press cards are recognized as not valid any more,” the General Staff said. 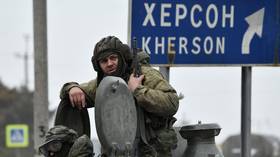 It did not name the media workers or organizations which lost their credentials. However, the NGO Detector Media told Ukrainska Pravda that at least six journalists were affected, from US broadcaster CNN and Britain’s Sky News.

Detector Media also cited comments from military spokeswoman Natalia Gumeniuk, claiming that she had “information about the withdrawal of accreditation from the Sky News and CNN crews. There is also information about an Italian media outlet that was there as well.”

“The media are not supposed to be working in Kherson yet, due to the danger. This is what the command decided,” Gumeniuk explained, adding that the “ban exists for everyone” and that it was announced officially.

Russian officials have been accusing the media in the US, UK and other countries, which are backing Ukraine, of providing completely one-sided coverage of the conflict. In September, Foreign Minister Sergey Lavrov said any “inconvenient truth, which shatters the image of Ukraine as a victim of the so-called aggression, is being hushed up or sometimes frankly blanked out” in Western reporting.