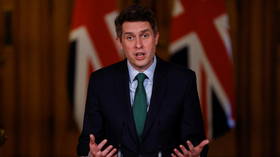 The government of Britain’s new Prime Minister, Rishi Sunak, which was appointed just two weeks ago, lost a cabinet minister on Tuesday.

Sir Gavin Williamson, considered to be Sunak’s close ally, announced his resignation due to allegations of bullying, which, he said, were “becoming a distraction for the good work this government is doing.”

Williamson, who previously served as defense secretary under Theresa May and as education secretary under Boris Johnson, but was sacked on both occasions, found himself in hot water again after it was revealed that he had sent expletive-laden texts to former chief whip Wendy Morton, raging over not being invited to the Queen’s funeral in September.

He allegedly blamed Morton for “rigging” the allocation of tickets to the event and warned that “there is a price for everything.”

“I have apologized to the recipient for those messages,” Sir Gavin said in a statement. However, the Guardian reported that the claim was false, with Morton not having received an apology from him. 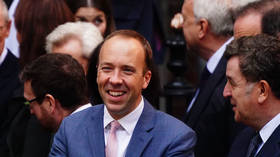 Another report by the Guardian on Monday claimed that while defense minister, Williamson told a senior civil servant to “slit your throat” and “jump out of the window.”

On Tuesday, former Tory MP Anne Milton told Channel 4 that Sir Gavin behaved in a “threatening” and “intimidating” way towards fellow Conservative party members when he was the chief whip five years ago. According to Milton, he used the mental and physical health problems of MPs against them, collecting “salacious gossip” about their “sexual preferences” as leverage.

“I refute the characterization of these claims,” Williamson, who now faces several probes into his conduct, pointed out.

Sunak said he accepted the resignation of his close ally “with great sadness,” thanking Sir Gavin for his “personal support and loyalty.”

The Labour deputy leader, Angela Rayner, used Williamson’s exit from the government to attack the Conservatives, saying that “as families struggle during a cost-of-living crisis made in Downing Street, yet another Tory government has descended into chaos.” Liz Truss quit last month as prime minister after only six weeks in office, becoming the shortest-serving leader in British history.

The fact that Sunak “appointed Gavin Williamson with full knowledge of serious allegations about his conduct and repeatedly expressed confidence in him” is more proof of the PM’s “poor judgment and weak leadership” as well as his inability to put the country before the party, Rayner said.