Prime Minister Boris Johnson is looking to revive use of pounds, yards and ounces to mark queen’s Platinum Jubilee 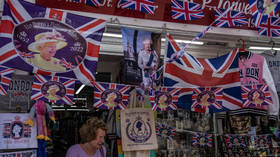 UK Prime Minister Boris Johnson reportedly plans to restore use of imperial measurements to mark Queen Elizabeth’s Platinum Jubilee, potentially shoring up support from pro-Brexit voters in the wake of his Partygate scandal.

Johnson is expected to announce that British shops will be free to sell their goods by imperial measures, such as pounds and ounces, for the first time in decades, the UK’s Daily Mirror newspaper reported on Saturday. The European Union’s weights and measures directive went into force in 2000, requiring traders to use metric units, such as kilograms and liters.

The UK left the EU in January 2020, nearly four years after voters expressed their will in the Brexit referendum. The metric directive was a symbol of overreaching EU interference in British life, particularly among conservatives. Shops that continued to price their goods by imperial measurements were required to also display the metric equivalents, such as grams and kilograms. 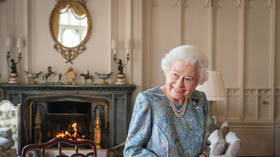 “As the British people have been happy to use both imperial and metric measurements in their daily life it is good for the government to reflect that now we are free to change our regulations accordingly,” a government insider told the Daily Mirror.

Johnson pledged during his 2019 election campaign to revive imperial units, calling for a “new era of generosity and tolerance” toward traditional measurements. He referred to the use of pounds and ounces as an “ancient liberty.”

The 70-year anniversary of Queen Elizabeth’s accession to the throne apparently marks the sort of occasion that Johnson wanted to set the mood for his announcement. The Platinum Jubilee will be celebrated across the UK – featuring street parties, a parade and a royal pageant, among other events – over a four-day bank holiday from June 2 through June 5. 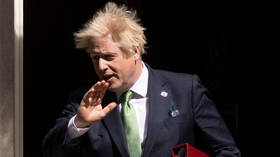 The jubilee also comes along at a time when the PM is facing increased voter vitriol because of revelations that more than a dozen government parties were held at Downing Street and Whitehall during nationwide Covid-19 lockdowns in 2020 and early 2021. Brits also are suffering from the worst inflation in 40 years, and a poll last week showed that only 24% of voters see Johnson’s Tories as the best party to handle the crisis.

The only other countries that still regularly use imperial measurements are the US, Myanmar and Liberia.